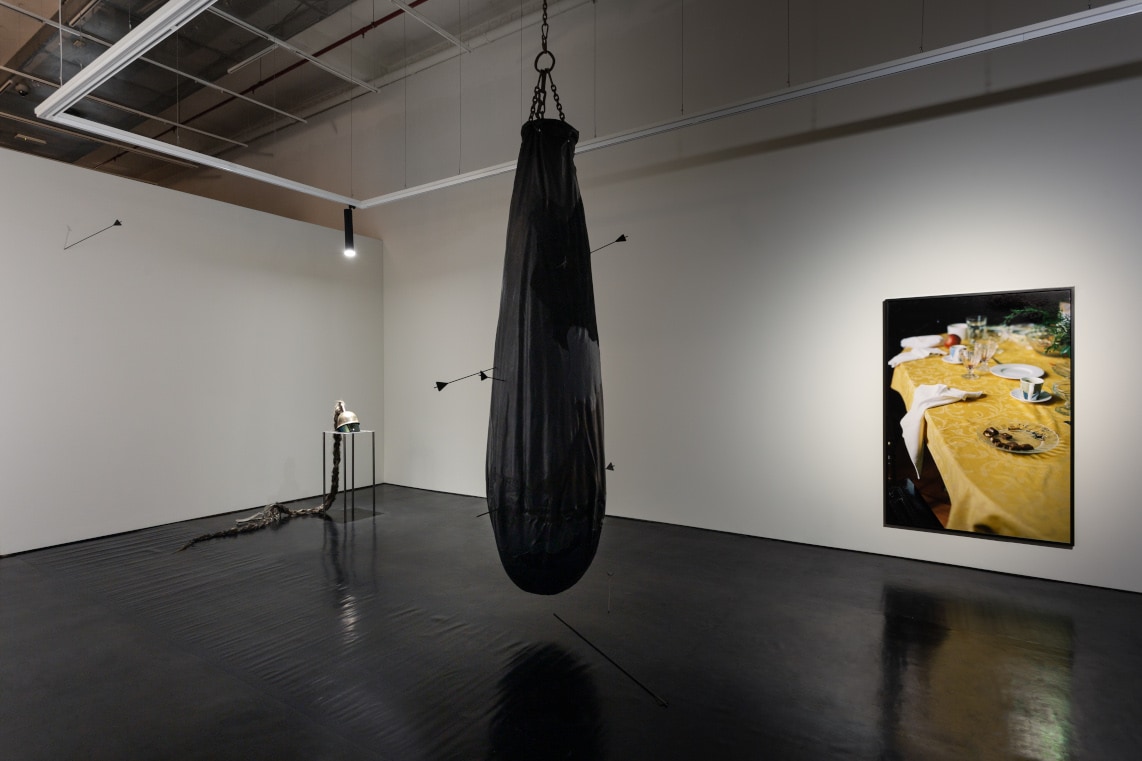 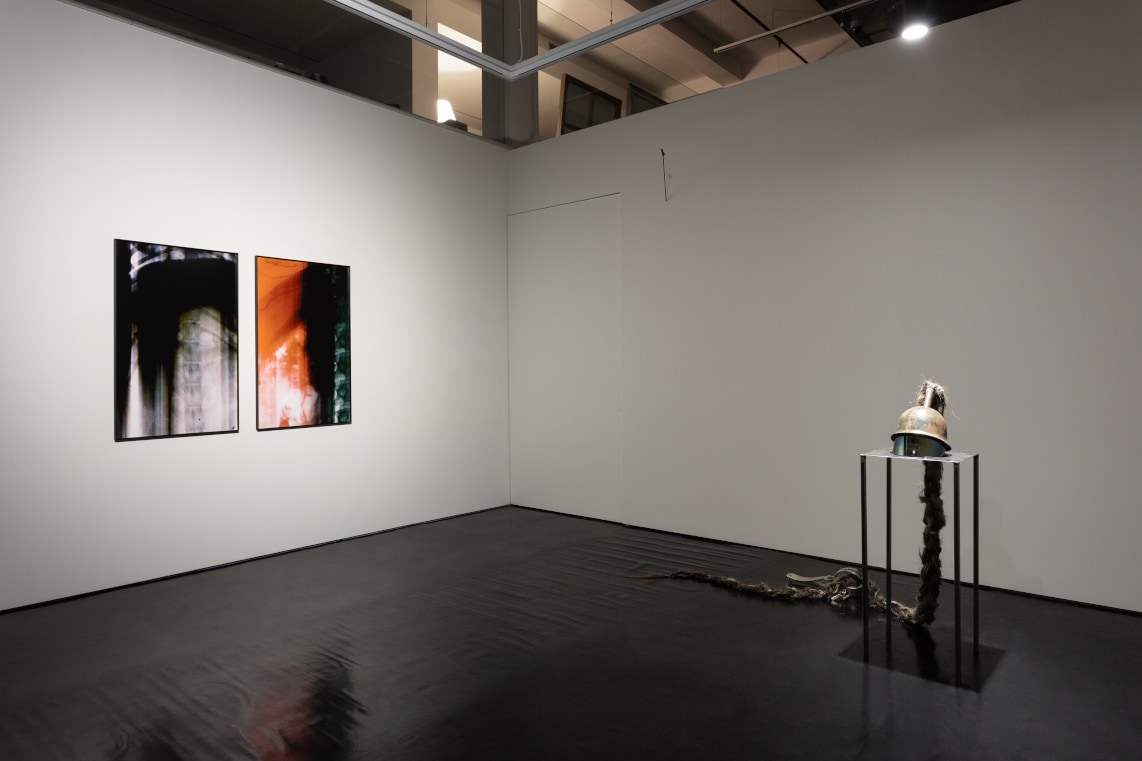 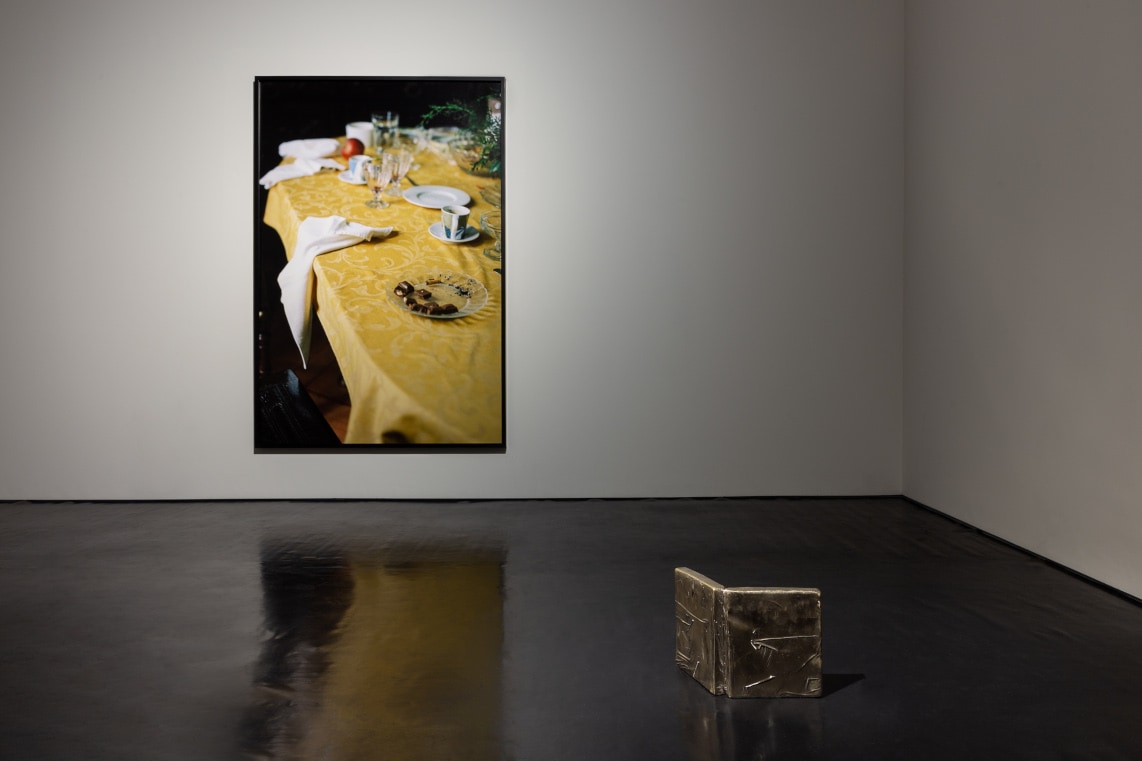 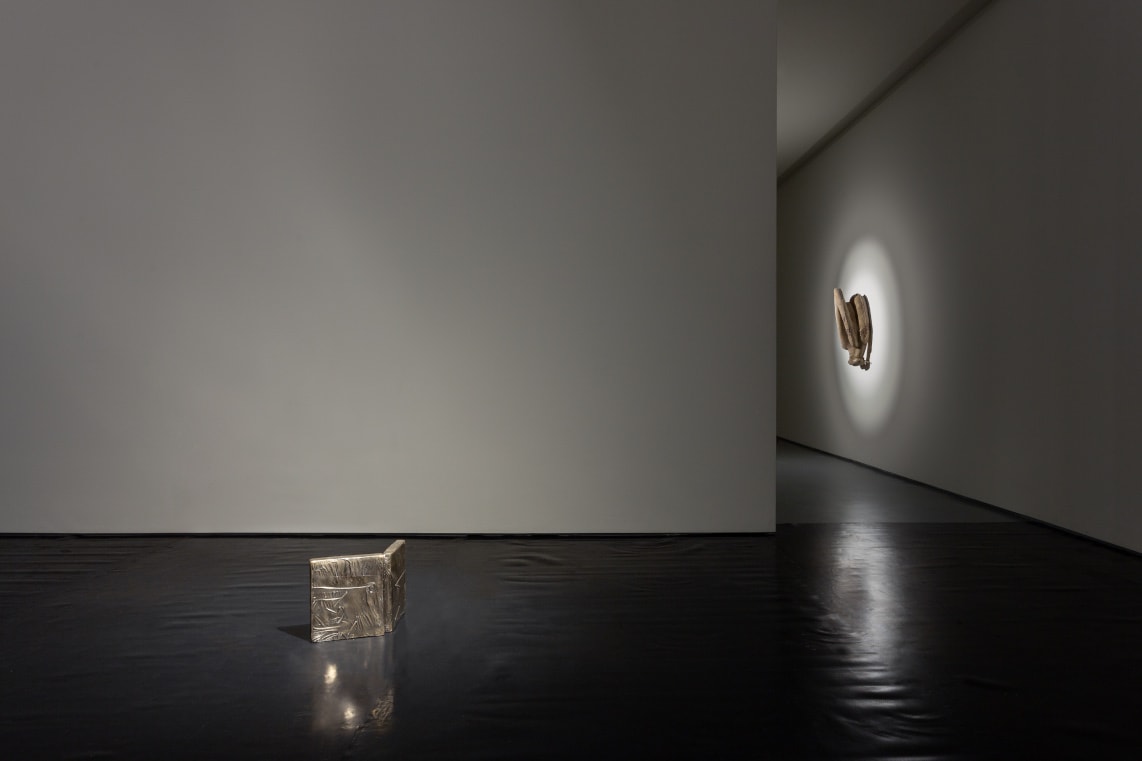 Matter is Sovereign by Isabel Cordovil at Uma LuLik__

Violence, beyond itself, pursues consciousness (so that the pleasure it achieves is reflected and, therefore, is more intense and more decisive, more profound). [1]

Matter is Sovereign is Isabel Cordovil’s solo exhibition at UMA LULIK__, Lisbon. Curated by David Revés, Isabel presents seven pieces made in 2022, among them sculptures and photographs with elements from Western mythology and the artist’s autobiographical poetics.

In the first room, two sculptures together with an aura propelled by lighting anticipate sacred and profane tensions. Amidst myths and stories, the chastity belt is a symbol of obscurantism and medieval oppression. For a long time, the object was displayed in museums as documentation and memory of a perverse utility, later discovered as an invention of the Enlightenment to ridicule the Middle Ages. Beyond relations of submission and domination, Magdalene reflects on how history can be constructed and myths become mechanisms of control and violence. In contrast to the weight of the piece and its strong meaning, Magdalene is suspended by almost invisible strings, seeming to float above its own shadow.

The oppositional dialogue created by the relationship between the two works has visible dualities in the exhibition. Engaging in something hurtful is one of the controversies suspended in the game of relationships. Isobel‘s attractive glow on the floor – an old revolver storage case inherited from her grandfather clad in bronze – allures the viewer. The latex-covered floor has clues and footprints pointing to the presence of other bodies. The diptych with her parents’ X-rays in Matter, Mütter, Dionysian scenes with empty chalices and a blurred apple on the table in her house in The Decay of Rome (was a long ass afterparty) show intimate connections through religious symbologies, established power structures and warfare instruments.

In Glotte, a punching bag suspended by chains in the centre of the second room, with iron arrows piercing it from all sides, reminds one of Saint Sebastian’s image. In the Christian narrative, Saint Sebastian was a soldier of the imperial guard condemned for treason; the arrowed, divine and venerable saint. The arrow is Eros’ instrument in Greek mythology. Devotion and the myth of love. The inscriptions on Delilah‘s helmet are clear. Eros and Dionysus meet.

Ideological systems are fictions, novels[2]. Our beliefs and desires are guided by the stories told according to the cut-outs. With mirrored glasses, the motomami Rapunzel carries the medieval princess tale to contemporary times, counterposing illusions and traps in myth-making. In A Matéria é Soberana, Isabel Cordovil reconstructs fictions and revisits historical iconography, passing through battlefields and obscure places of human relations.

AiR 351 – Interview with the Founders of the Residency Program

February 1, 2023
Previous post
Reading Against the Grain: Rudolfo Quintas at Galeria Foco
Next post
Oneiroikos: the symbolic space of the house and the dream at Brotéria

Ana Grebler (Belo Horizonte, Brazil) holds a degree in Fine Arts from the State University of Minas Gerais (UEMG - Guignard School) and is a post-graduate student in Art Curatorship at Universidade Nova de Lisboa (FCSH). With a professional path between fashion and art, she is interested in the articulation of meanings, dialogues and practices that explore the transdisciplinary nature of art and its power as a construction/transformation tool. She’s currently living and working in Lisbon.

Signup for our newsletter! 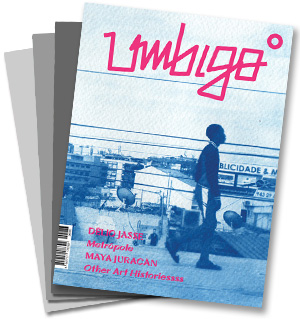