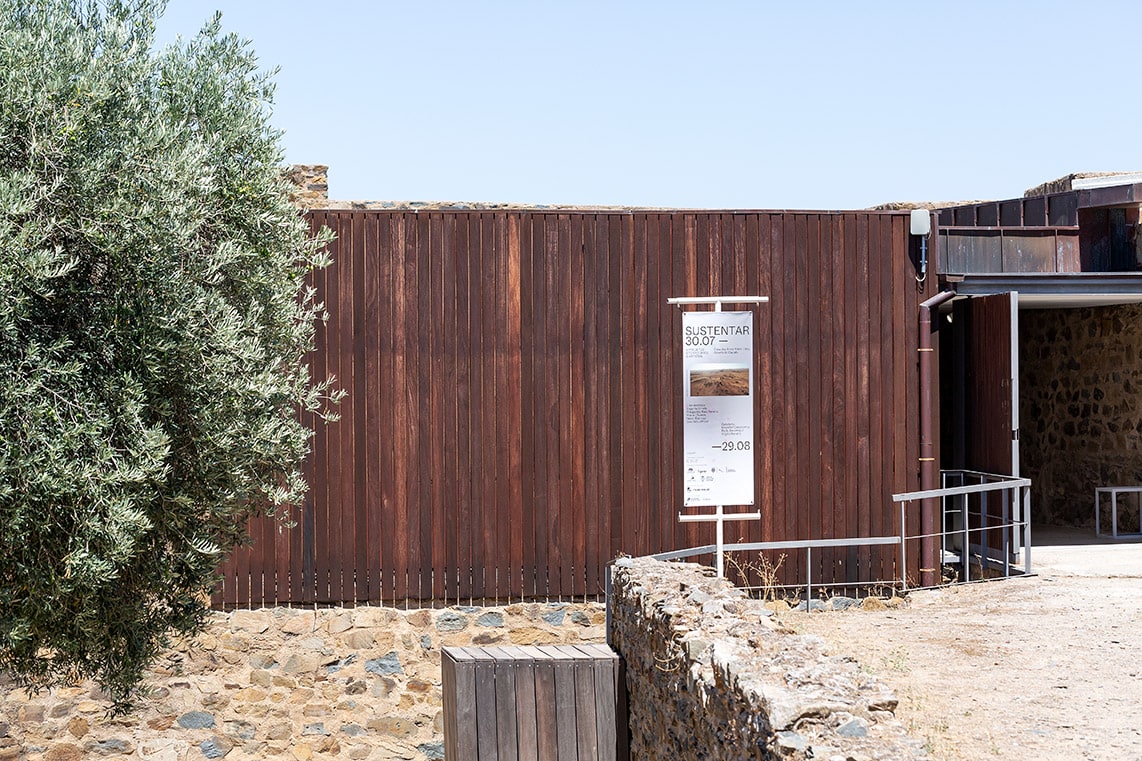 Things do not change, we change: Sustentar as part of the Porto Photography Biennale

«Only that day dawns to which we are awake. There is more day to dawn. The sun is but a morning star.»

After all, since the planet’s creation, nothing has been designed to be apart from the intricate and ceaseless mineral, temporal, core connection that connects us to each other. To the earth. To all forms of life.

In a context of intermittent existential crises, where the destruction of ecosystems, technological invasions and the redefinition of social relations are anticipated and established, it is important to talk about this elephant in the room. Not because he is big – he is enormous – but because we don’t have time to ponder. If the world as we knew it is ephemeral, that which was determined by the Big Bang continues to grow exponentially, though not in the best way. That’s what the experts tell us and that’s how we see it – if we pay attention to the signs of nature. It’s not spontaneous, it’s artificial. Human. From those who try to take ubiquity and exercise over the natural.

If to the new mentality developed since the last century we attribute a broad sense of exploitation and degradation, it is no surprise that we live among spheres marked by indifference, doom, alertness or awareness. Melancholy exists side by side with an impulsive mind, marked by action, disbelief or misinformation. And if science, to which we attribute much responsibility and credit, reveals to us the most alarming forecasts, and if technology can change nothing but part of our attitudes, it is we who have to (re)write new sequels to this story. Dynamising practices, influential narratives, motivated and apt for recovery.

Any story must always begin and any regenerative principle must begin by warning. Art, as a catalysing vehicle, materializes itself as a trigger for discussion in curatorial practice. Often even as a prelude to action.

The Porto Photography Biennale, which this year had its second edition, brought the subject forward with this theme: What happens to the world, happens to us. Part of the festival, the Sustentar project did not limit itself to theorizing the problem, it acted in loco all over the country, where the obstacle is real; and photography and video materialized the vision of those who saw the issue, approached it artistically and promoted its dissemination. The proposal was to highlight the successive social, economic and ecological challenges experienced in Portugal today, through an attitude that is aware of human vulnerability and, as a result of it, manages to contribute, through this artistic perspective, with alternatives for an essential change. Stoicism, a form of proactive and sensible citizenship in the conservation of natural resources and cultural heritage.

In this first edition, the outcome of a partnership with six national municipalities, six grant-holder artists proposed personal and sustainable readings of initiatives that currently exist to respond to local ecological adversities. The curatorial monitoring was done by Krzysztof Candrowicz, Pablo Berástegui and Virgílio Ferreira. Started in March 2020, this programme included, in addition to six residencies (one for each artist), two workshops and the production and curation of a travelling exhibition through the partner municipalities, starting at the Porto Photography Biennale. The result? Six visions, territorial mappings born in context, consequence of a proximity with the same number of initiatives in activity in the country: POCITYF (Évora City Council), Centro Museológico do Sal (Figueira da Foz City Council), Geoparque Algarvensis Loulé-Silves-Albufeira (Loulé City Council), Transição Agroecológica (Mértola City Council), Setúbal Preserva in the Grito do Povo and Pescadores neighbourhoods (Setúbal City Council) and LIFE Montado-Adapt (EDIA).

Em Plena Luz, the photographic voice of Elisa Azevedo speaks metaphorically about illumination, revealed by Évora’s entrepreneurial and self-sustaining initiative, and also by the materialization of the integration of innovative systems for capturing solar light in the city’s historic area.

In the saltpans of Figueira da Foz, Maria Oliveira’s delicate reading of the salt-sourced light, overflows with onirism and minerality in De Vagar o Mar. A photographic symbolism that takes us to a pre-human universe, a timelessness nuanced here by the particular features of this territory.

In Loulé, in Geoparque Algarvensis, where geoconservation strategies are combined with educational and environmental awareness actions, Nuno Barroso drew photographically Geoparque: an archetype of this territory, in a kind of black and white cartography, where its agricultural, energetic and touristic side is brought together.

In Art of Shading the Sun, Evgenia Emets delves into the undeniable and worrying climate changes in Mértola, proposing an agroecological transition and syntropic agriculture as a decisive exercise of adaptation and recovery of the weakened and far from fertile soils. In a work divided in two parts, the first film show, through images recorded by drone, a landscape devastated by the serious water shortage, accompanied by interviews with local inhabitants who clarify the current situation and future perspectives.

In Setúbal, Margarida Reis Pereira walked through the Grito do Povo and Pescadores neighbourhoods, nurturing a dialogue with their communities. Hoje, Translúcido reflects photographically this relationship, objectified according to a mostly diptych sequence, where the feminine, figurative and subtle touch allows us to understand their memories and preserve their identities.

In Parque do Noudar, near the border with Spain, in Barrancos, Sam Mountford films O Leito do Rio to say that it is obstinate and possible to unite the cultural, social and ecological spheres in favour of respect and regeneration of this region, which aggregates efforts and yearnings to diminish the impact of the climate crisis.

Sustentar has nurtured several encounters between landscape and observer, local communities and external actor, experts and non-specialists, peers, artists and curators. From these crossings, which were expected to be fertile and promising, the ethnographic and identity characteristics of each region were safeguarded. Each territory was the stage for deliberation, lucidity and the elaboration of new paradigms, methods and dialogues more in line with the hope and current intentions of a humanity struggling for a better world. Those where we can all contribute critically and consciously to creating new ways of seeing, interpreting and undertaking sustainable developments.

With a lively and inventive impetus, Sustentar is made by Ci.CLO, an independent research and creation structure in the field of photography, which aspires a mutuality and relationship with other artistic, environmental and social dimensions. It has been like this since 2015 and, for three years, there has also been a Biennale in coproduction with the city of Porto. Returning in 2023, manifestos such as Sustentar will be increasingly tangible in the Biennale’s conception, as the path to ideation, conception and maintenance of new narratives requires artistic, civic and institutional collaboration. Only together they will have the necessary strength to stimulate and establish opportunities, gestures and changes, based on the unavoidable social and ecological regeneration, which will give us back the planet and the relationships in a dignified, respectful and desired way. For surely things will not change, unless we change.

After the exhibitions in Porto, Mértola and Figueira da Foz, the project, still on tour, may be visited in:

«Things do not change, we change.»

Utopias for Realists – Other Anthropocenes – The Apocalypse seen from Amazonia

Oneiroikos: the symbolic space of the house and the dream at Brotéria

Master in Curatorial Studies from the University of Coimbra, and with a degree in Photography from the Portuguese Institute of Photography in Porto, and in Cultural Planning and Management, Mafalda develops her work in the areas of production, communication and activation, within the scope of Photography Festivals and Visual Arts - Encontros da Imagem, in Braga (Portugal) and Fotofestiwal, in Lodz (Poland). She also collaborated with Porto / Post / Doc: Film & Media Festival and Curtas Vila do Conde-Festival Internacional de Cinema. In 2020, and she was one of those responsible for the curatorial project of the exhibition “AEIOU: Os Espacialistas em Pro (ex)cess”, developed at Colégio das Artes, University of Coimbra. As a photographer, she was involved in laboratory projects of analogue photography and educational programs for Silverlab (Porto) and Passos Audiovisuais Associação Cultural (Braga), while dedicating herself to photography in a professional format or, spontaneously, in personal projects.

Signup for our newsletter!