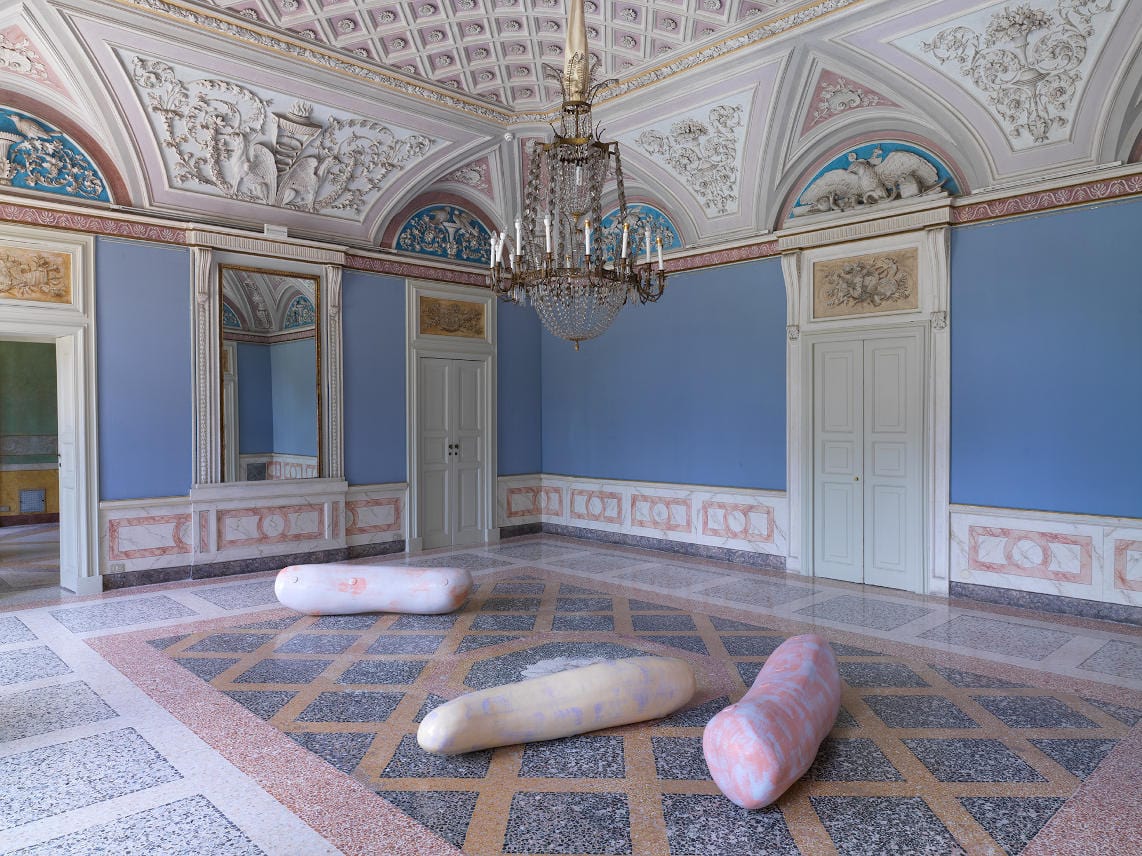 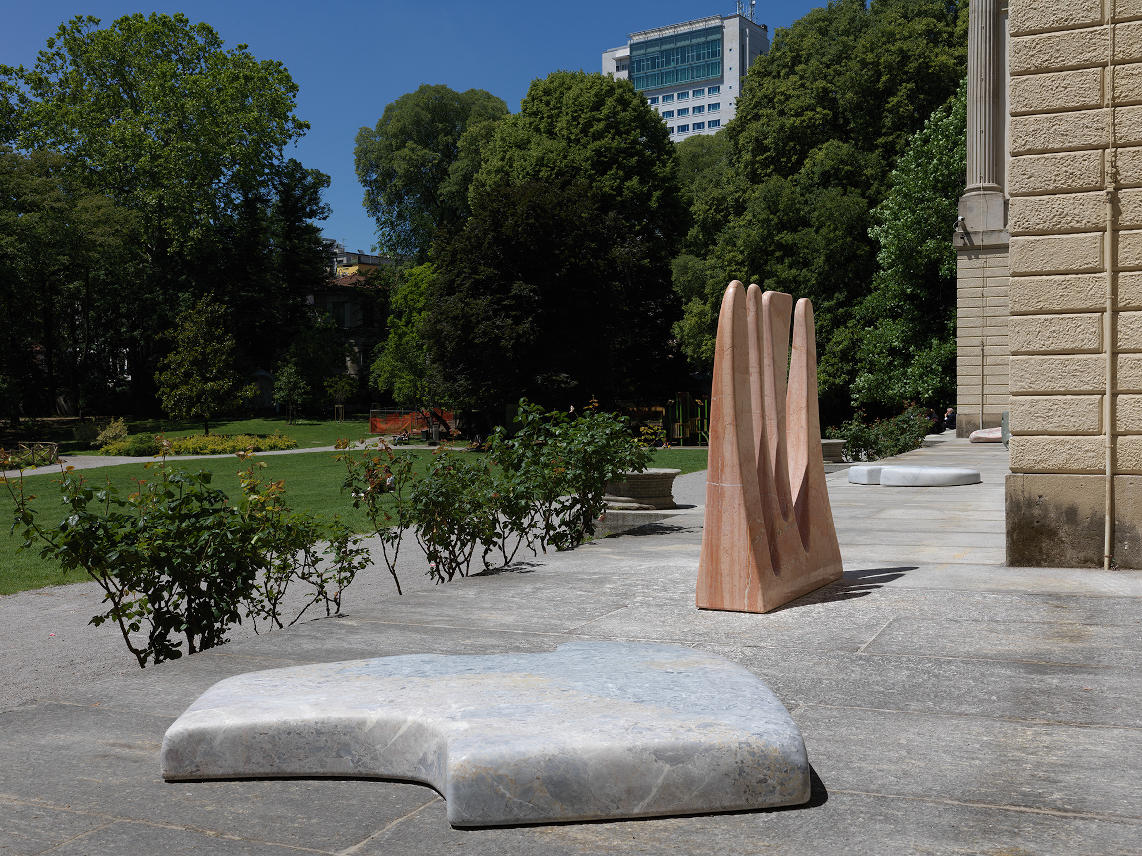 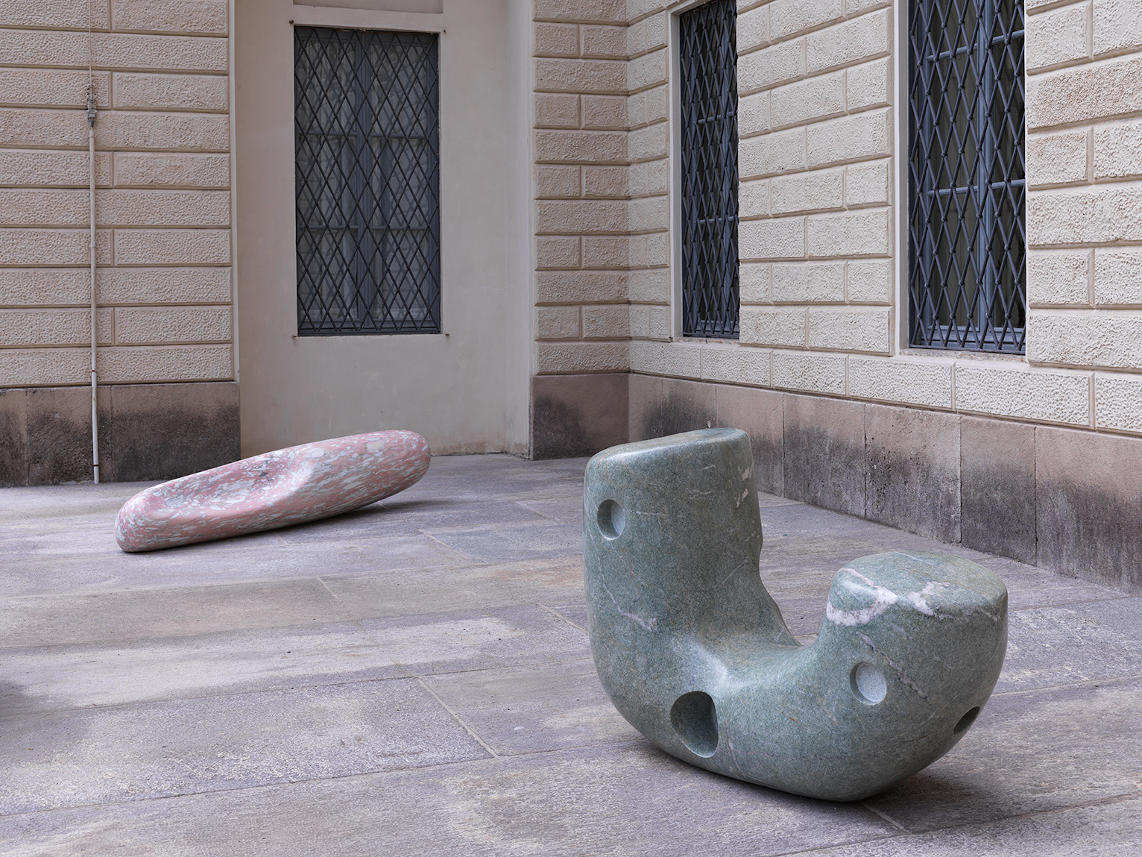 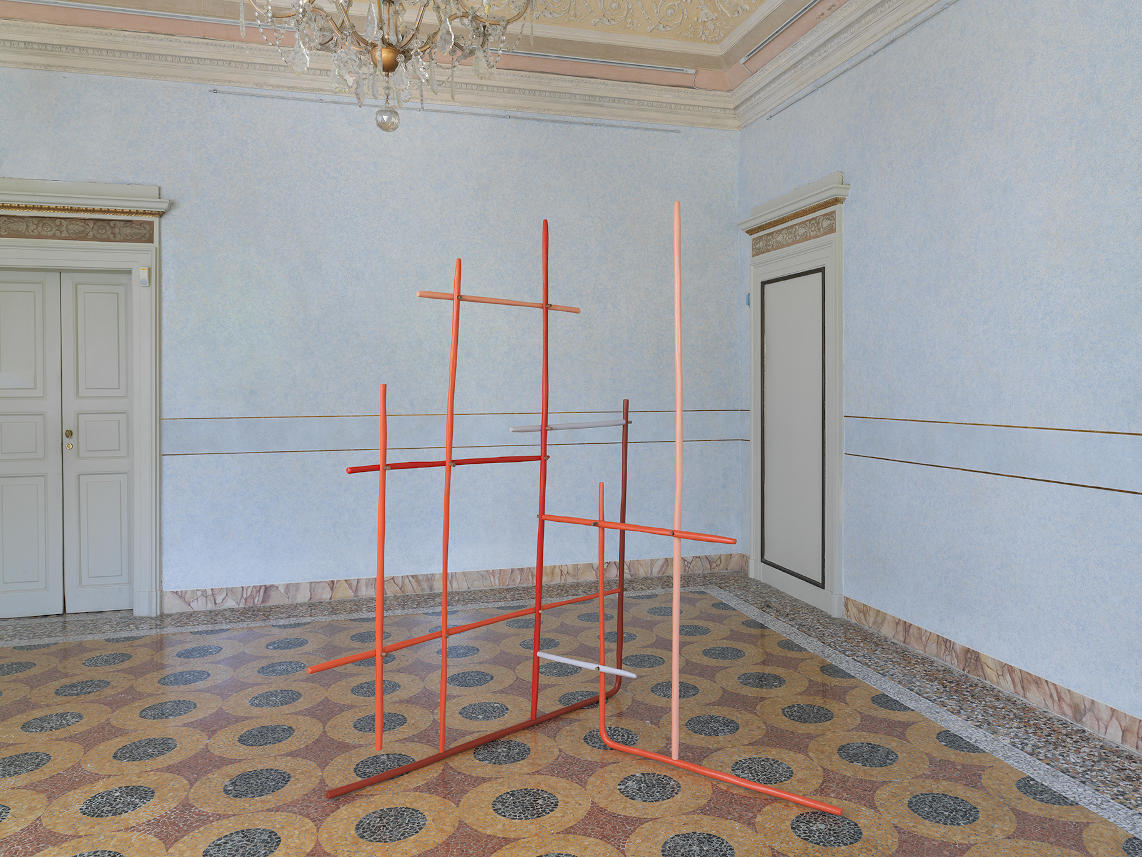 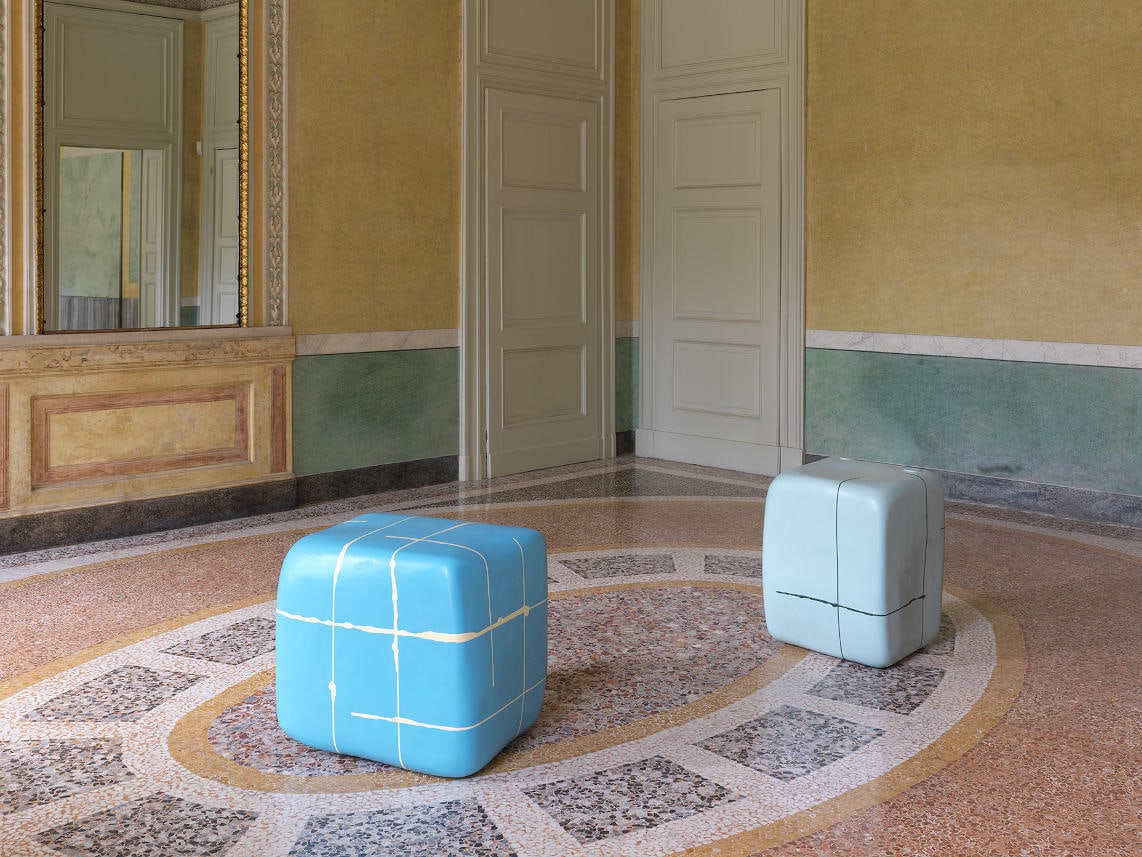 In 1944, the Italian sculptor Arturo Martini wrote in Sculpture, dead language: “Sculpture will never be spontaneous among men. Nothing justifies its survival in today’s world. In the future, it will only fulfil commemorative and solemn purposes”.

At a time when sculptures of more or less famous leaders are torn down, when statues of writers or politicians are vandalised – as has always happened all over the world, but this is another story – what is the contemporary sense of the art of sculpting? Or rather: does sculpting still have meaning?

What would Martini’s opinion be if he could see the odd objects, which seem to spring from a foreign world, by the artist Nairy Baghramian (German born in Iran in 1971), at the Milanese Modern Art Gallery – GAM? Baghramian exhibits for the first time in a public Italian museum, thanks to the Furla Foundation, which promotes the exhibition curated by Bruna Roccasalva.

In the artist’s works, sculpture once again becomes a living language; it speaks of recurring problems and of art itself.

The artist’s sculptures follow the concept of imprecision; far away are the definitions that are not enough: the sculptures have no gender.

But they visually unite with the rooms of GAM, with the colours of the walls and the marbles of the floor, without attachments to the architecture; they relate to the context, but remain alien. It is not by chance that the title of this show is Misfits.

They are objects that try to be part of the context but make us smile tenderly; Baghramiam’s misfits are curious and weak forms on the one hand; and they are mysterious evidence of other lives on the other.

For over twenty years the artist has been working on the definition of space, rethinking the dichotomy of exterior and interior and posing us questions related to the production of objects.

In Baghramiam’s artistic work, rather than appearing to be a dead language, sculpture is like a present-day identity: autonomous, free. Full of inaccuracies, without being ashamed of it.

“For the Misfits project”, curator Bruna Roccasalva writes, “[Baghramiam] began with the specific urban setting of the GAM. The Neoclassical Villa Reale, which houses the museum, overlooks a magnificent English garden, one of the first of its kind in Milan. Curiously, it is open to adults only when accompanied by children. The contrasting impressions created by a context that evokes the reassuring and playful world of childhood, while at the same time engendering a sense of frustration through its limited accessibility, provide the inspiration for Misfits”.

This exhibition shows how strong the intrusion of the strange seems to be in a classical context and how – once again – these sculptures deny the certainty of the interwoven, of rigidity. Experiencing error is the only possible way of knowing and accepting this world in a totally new way, showing and accepting the beauty of flaws.

Could it be that the possibility of not fulfilling expectations is becoming the style of art today? Is even ancient sculpture rebelling against the ideas we have of it?

The clashes are open and the positions seem set. For now, Misfits is an exhibition “not to be forgotten” for those who visit Milan until September 26.

Matteo Bergamini is a journalist and art critic. He’s the Director of the Italian magazine exibart.com and also a collaborator in the weekly journal D La Repubblica. Besides journalist he’s also the editor and curator of several books, such as Un Musée après, by the photographer Luca Gilli, Vanilla Edizioni, 2018; Francesca Alinovi (with Veronica Santi), by Postmedia books, 2019; Prisa Mata. Diario Marocchino, by Sartoria Editoriale, 2020. The lattest published book is L'involuzione del pensiero libero, 2021, also by Postmedia books. He’s the curator of the exhibitions Marcella Vanzo. To wake up the living, to wake up the dead, at Berengo Foundation, Venezia, 2019; Luca Gilli, Di-stanze, Museo Diocesano, Milan, 2018; Aldo Runfola, Galeria Michela Rizzo, Venezia, 2018, and the co-curator of the first, 2019 edition of BienNoLo, the peripheries biennial, in Milan. He’s a professor assistant in several Fine Arts Academies and specialized courses. Lives and works in Milan, Italy.