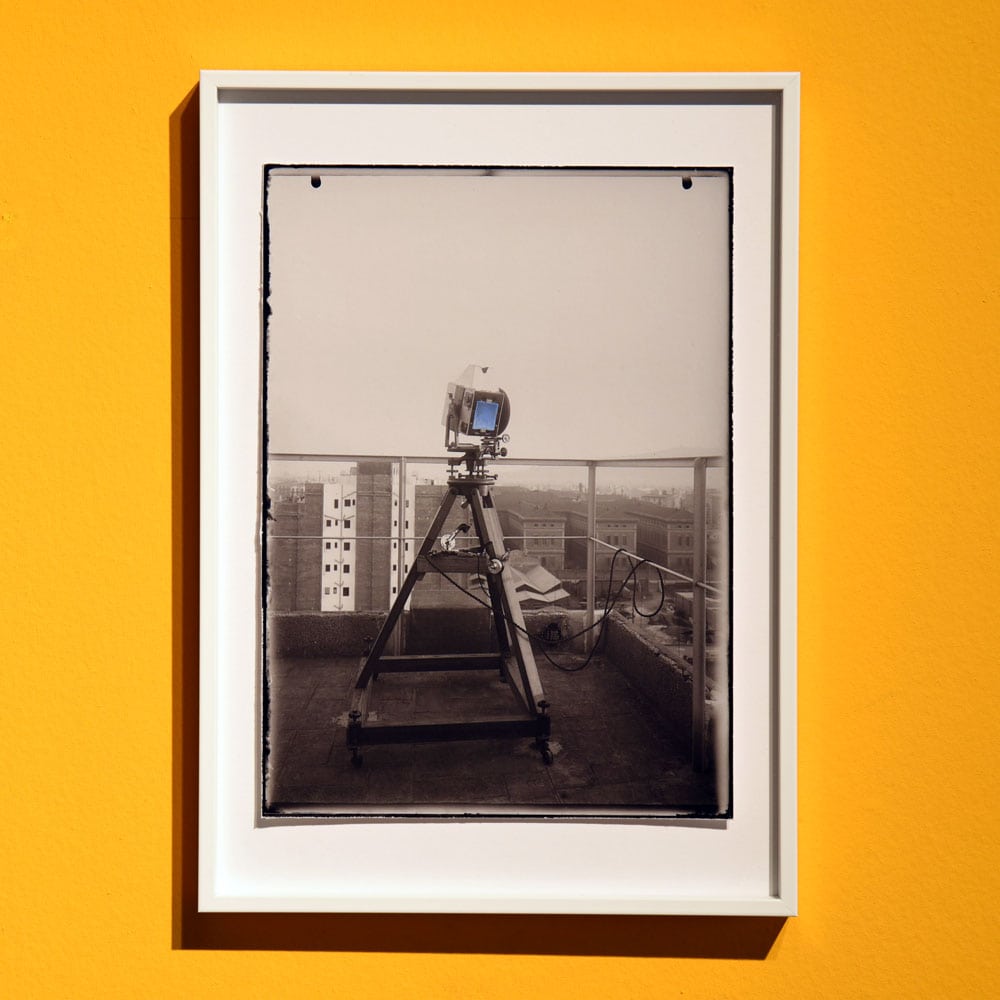 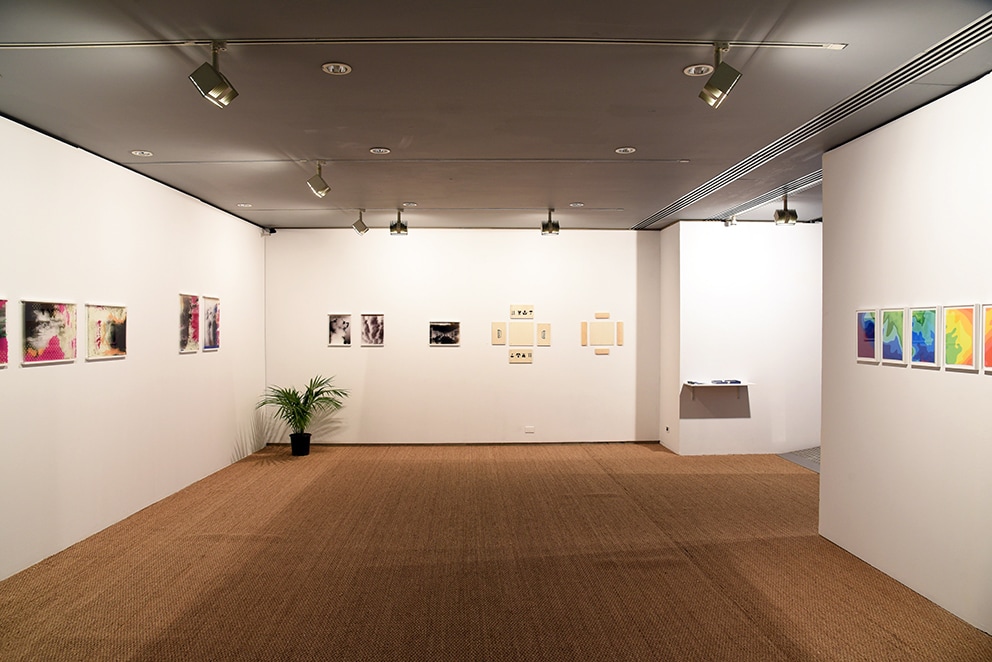 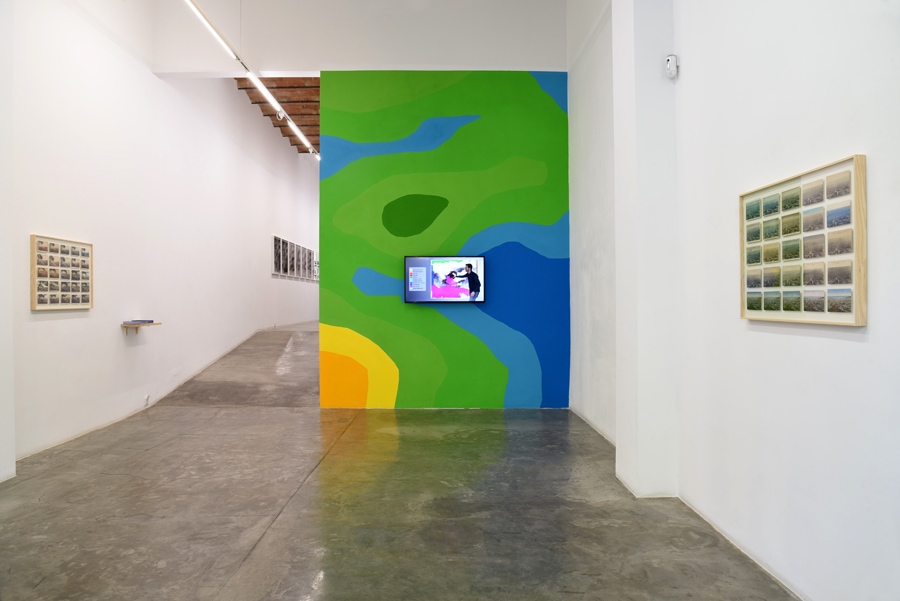 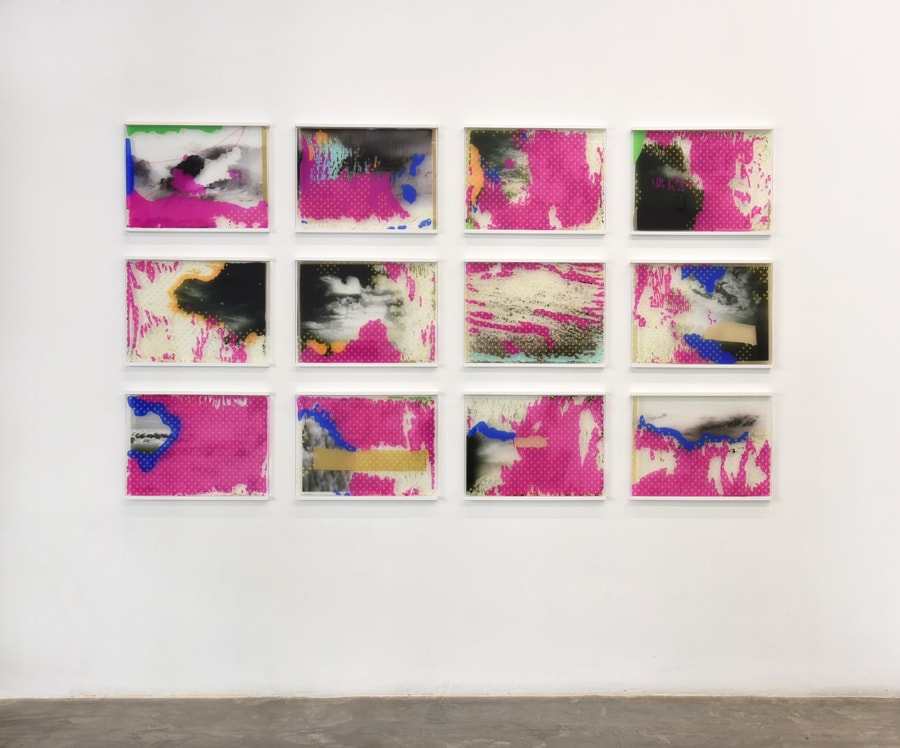 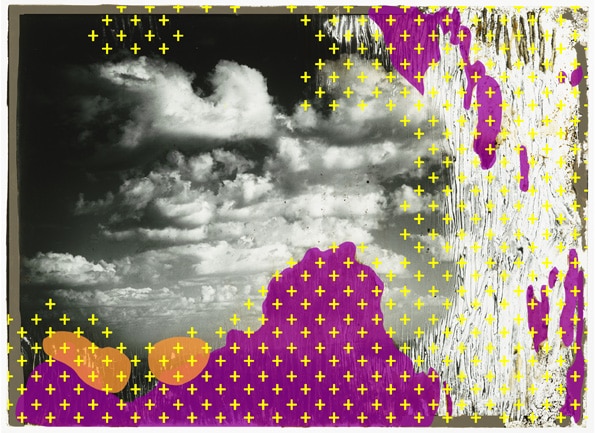 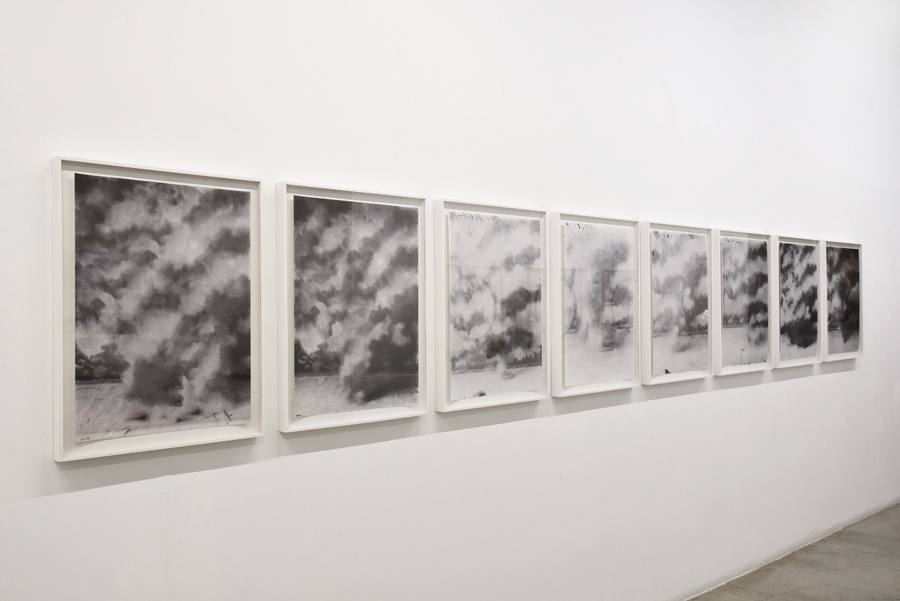 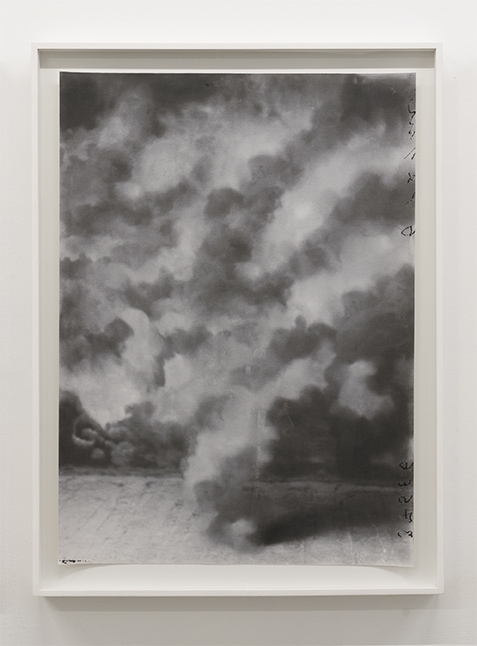 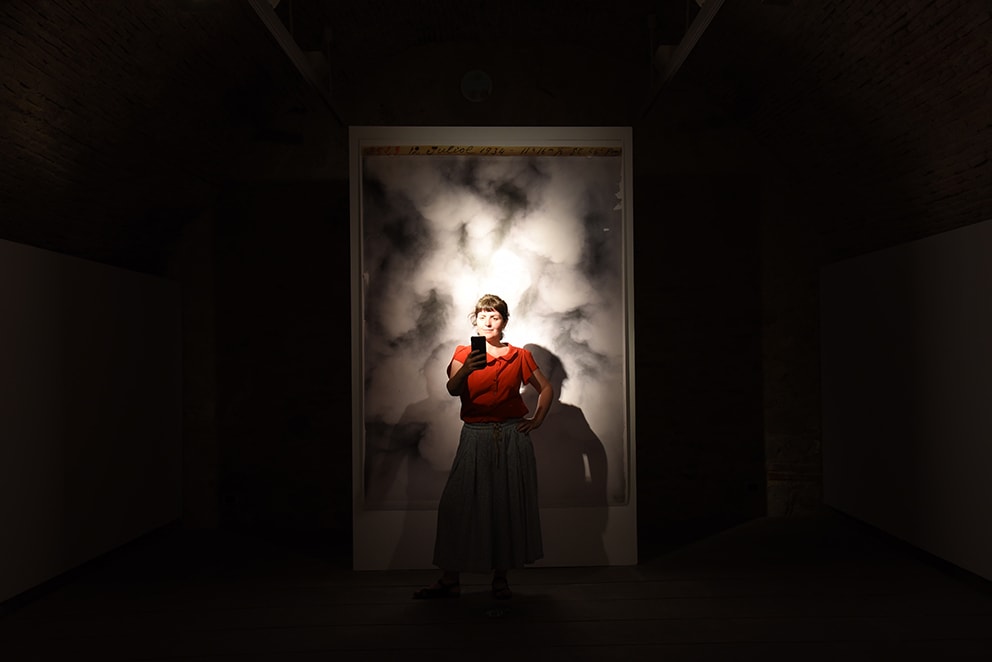 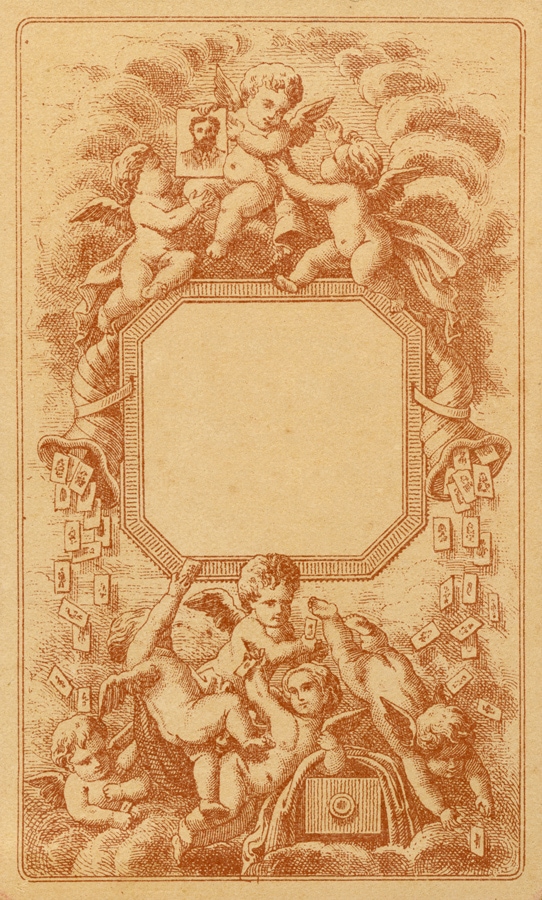 Our most frequent approach to the sky continues to be the contrapuntal perspective. As a rule, we see it as a guide to an atmospheric state or the purest contemplation. Sometimes in search of transcendental thoughts or the sheer and simple pleasure of looking at something.

Fondo perdido de nubes [Lost archive of clouds] is an artistic investigation by Andrés Galeano (Mataró, Spain, 1980), which begins with the discovery of the book 1939: els núvols confiscats, by J.Batlló y M. Busto. An investigation into the archive of the former Servei Meteorològic de Catalunya, kept by the Instituto Cartográfico y Geológico de Catalunya, Barcelona. The project is an exhibition and an artist’s book, present in two locations: at Mataró Art Contemporani and Galería Rocio Santa Cruz, in Barcelona, both co-producers of the project.

Galeano’s artistic work is associated with post-photography. He stopped taking photographs and started working with other people’s photographs, mostly anonymous amateur photographers, at fairs or street markets. His large collection, the result of several years of gathering, is visible in part of his works. The largest slice of the images is associated with the theme he has been investigating for years: transcendence beyond the photographic medium, whose visual representation addresses the celestial. On this occasion, he is working with an official archive for the first time, allowing him to activate several themes already dealt with in his previous works, condensing many interests, as well as contributing to recovering historical memory through his artistic practice.

In his project, Galeano proposes three ways of approaching the sky from photography: the physical, the metaphysical and the digital.

Meteorology has needed photography as a tool for analysis and photography has also depended on meteorology. After all, atmospheric conditions, and the intensity of sunlight, are what make the photographic image possible. The Servei Meteorològic de Catalunya archive has thousands of glass negatives of clouds, a treasure for someone who has been aggregating celestial landscapes for years. Fondo perdido de nubes is an archive of clouds found. Images created for the scientific study of cloud formation and movement, but which Galeano, in his artistic process, uses with the accuracy of a meteorologist. By working with meteorologists, art restoration and conservation professionals, and archivists, he reflects on elements linked to the materiality of the photographic object. This archive has a history that has affected the conservation of the negatives. Rafael Patxot i Jubert, a patron and meteorologist, sponsored the Servei Meteorològic de Catalunya and made it the most advanced in Spain. In 1939, the archive was seized by the Franco regime and returned to the Generalitat (Catalan government) in 1984 in a deplorable state of conservation. These pathologies of the passage of time and the negligent circumstances of conservation of the glass negatives are one of the most interesting aspects for Galeano. As in August Strindberg’s Celestografias,  the artist’s artistic reference, the environment’s impurities embedded in the material define the photographic motif. In Strindberg, we can imagine night skies, whereas in Servei Meteorològic de Catalunya’s negatives, the impurities add a coating that transforms the cloudy sky, photographed in the early 20th century, into an almost abstract composition. While Strindberg experimented with photographing without camera or lens, seeking the image through emulsion paper released in the air at night, Galeano takes advantage of these compositions from the archive to create new prints on glass and add a new semantic layer. In the video Temps del temps and the series Condition Report, the artist proposes to read the state of conservation of glass negatives based on the graphic elements used in the analysis of the weather. He invites a meteorologist and weather presenter on regional TV to explain the state of each image (deteriorated emulsion, scratches, dirt, dye migration…) as if it were a weather map and he were talking about isobars.

Galeano likes to mention the photographer Josep Pons, an important element in the history of the archive, because he bridges the gap to another photographic record: studio photography. Pons was a studio photographer in Blanes (a Catalan town). For economic reasons, he moved to Barcelona to be the Servei Meteorològic de Catalunya’s cloud photographer until its forced closure in 1939. Studio photography was very popular among a bourgeois class who wanted to be photographed and record their memories at major events. Backgrounds of people varied according to fashion, but one of the most popular was celestial backdrops, in the image of a trompe-l’oeil. In Fundo perdido de nubes, Galeano recovers archives from studios in Mataró, Barcelona and Santarém to convey to us this yearning to transcend and how photography allows precisely that. Photographs transcend, they remain in time, they provide a sort of immortality.

From the metaphysical cloud to cloud culture

Digital photography has stirred a technological and social revolution in the photographic medium. It is difficult to imagine, in a photographic app for mobile phones, the struggle to photograph in times gone by. The photographic series Observant l’observatori, taken from the Fabra Observatory and exhibited in Barcelona, reveals the difficulty in portraying the sky. In the artist’s words, «it was very difficult to capture expressive skies». On the other hand, immediacy and the current photographic quality of smartphones and digital cameras have facilitated the relationship between images and the process of making them. Galeano speaks of the divine qualities of photography. While analogue allowed us to transcend and be remembered, the digital image, numerical in nature, is no longer made to remain, but to allow omnipresence: to be present (our image) in many places at the same time. It is no accident that the apps Snapchat or Instagram choose ghosts or spectres as logos. As Roland Barthes said in Camera Lucida, «in every photograph there is the return of the dead». This archetype persists, even though those who use these apps think that the more photos they take, the more alive they are. Photographs that temporarily communicate every moment of our lives. All our production leaves a trail that we accumulate, our data (emails, documents, conversations, images…) stored in a remote location and whose symbol is the cloud. This ephemeral characteristic of the cloud is a metaphor for the digital container. There are many digital clouds (commercial, social). For Charles Leadbeater, the rise of these will change culture, heralding a new era on the Internet where cloud culture will make culture more accessible and connected, increasing people’s expressive capacity in a large pro-Am (professional-amateur) cloud.