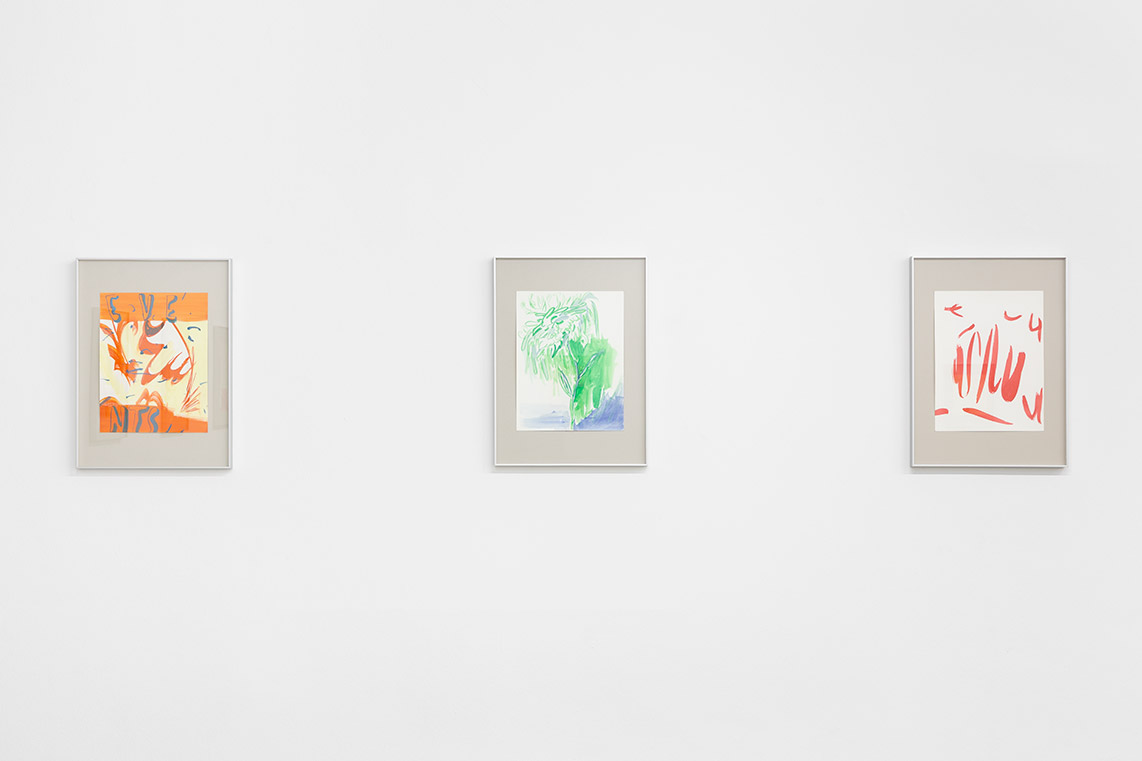 In the simulacrum era, the variations of representation focus above all on the progressive loss of authority of the real before the sign[1]. The preferred terrains converge, encompassing entertainment, surveillance, power, techno-science, among others. The simulacrum feeds our imagination through the domain of the hyper-real and the real is absorbed by the operability of the devices.

In the animated film Monólogo para um monstro (2021), on show, Pedro Barateiro reflects on how information is captured and absorbed by a being who is uncomfortable with his body, but still in deep communion with technological means: «I have a screen that appears when I need it. It is like a sheet of paper that I can scratch and delete when I need to.»[2] Faced with a body that permanently transforms itself, and the real that becomes difficult to identify, the device that allows access to information is like the thread that gives meaning to the individual.

Paradoxically, this thread is also the one that takes away the territory of the human being. Looking for clues about his identity, the monster shows his interest in the word solastalgia, the «pain of the inhabited land […] the set of psychological disorders that happened in native populations depending on the destructive changes to their territory, because of mining activities, desertification or climate change»[3]. The word solastalgia quickly gives way to «a receptacle»[4] of information, «a poem»[5], «an endless line»[6], «a constant state of consciousness and unconsciousness»[7], of «searching for meaning»[8]. In front of the masses of information, we do not fix ourselves in a concept, there is no space to manoeuvre it. We fluctuate among multiple meanings that incite ambiguities and assimilable contradictions.

The set of drawings and sculptures exhibited by the artist dialogues with the animated film, where the monster is the central figure. Its permanent mutation points to the data monster – an intermediary storage of memories, the permanent processing of the present – and to us as sentient beings that reciprocally feed and are fed by these systems.

The monster metamorphoses into a fragmented body, where a few loose words – like data, systems and economy – wander among the remnants of limbs. It is in the drawing that the artist distances himself from the device and reflects – as in «an open wound, an autopsy»[9] – on the real space he inhabits: the historical city of Lisbon and the accumulation of ruins swallowed up by tourism. In some way, the artist, the hand that expresses itself on paper, is also a testimony of a city that changes with the monster.

Ultimately, with the absence of the referent associated with the real, the individual coexists through a body-device that absorbs the world’s materiality. However, the artist tells us that, in the interstices of the simulacrum, the subtle world of words still exists: «the only thing that remains of what we were able to do, despite all science.»[10]

Margarida Alves (Lisbon, 1983). Artist, PhD student in Fine Arts (FBAUL). Researcher by the University of Lisbon. Degree in Sculpture (FBAUL, 2012), Master in Art and Glass Science (FCTUNL & FBAUL, 2015), Degree in Civil Engineering (FCTUNL, 2005). She is a resident artist in the collective Atelier Concorde. Collaborates with national and foreign artists. Her work has an interdisciplinary character and focuses on themes associated with origin, otherness, and historical, scientific and philosophical constructions of reality.