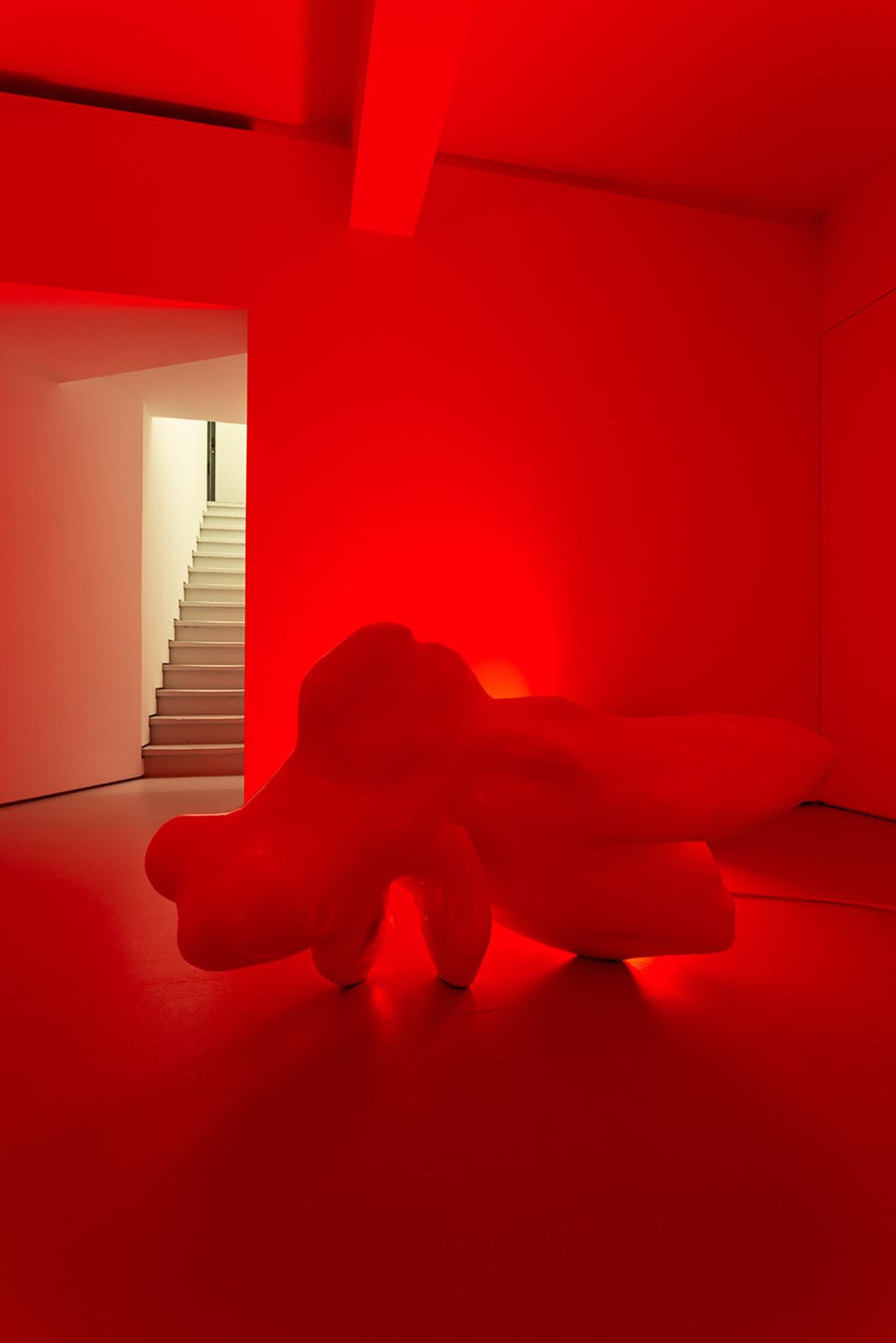 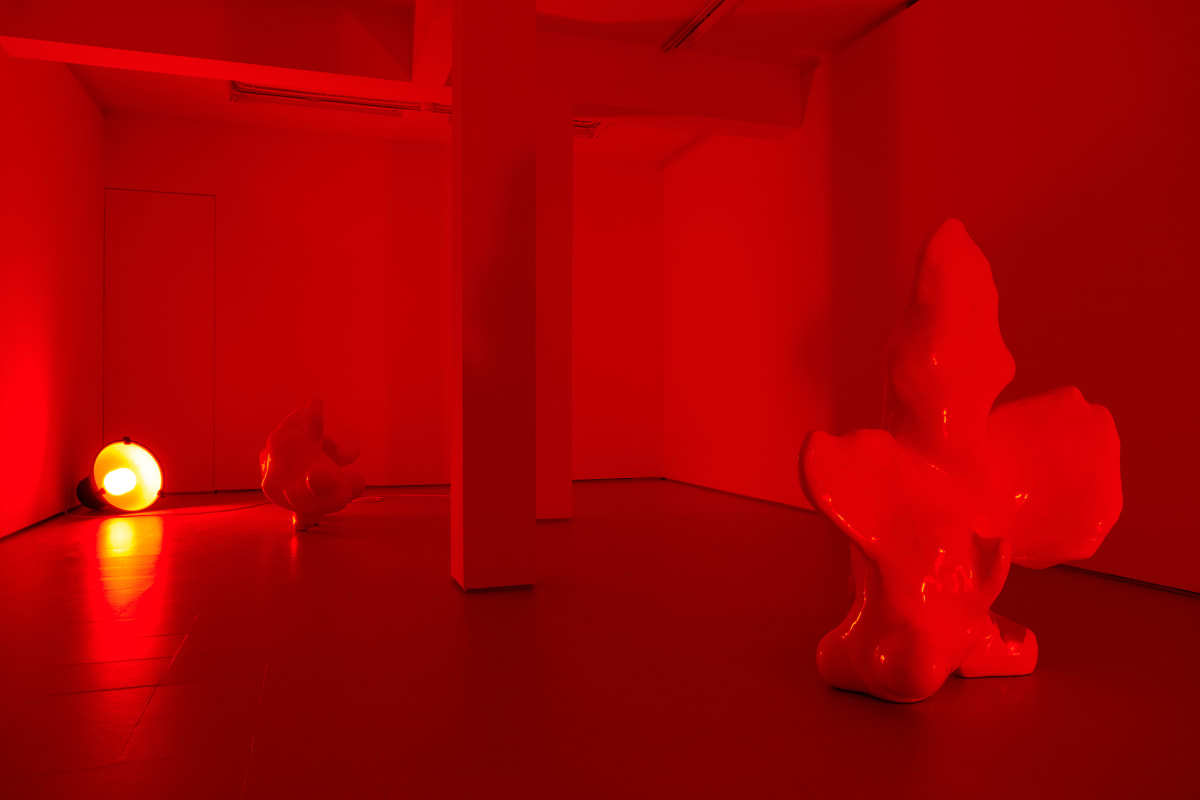 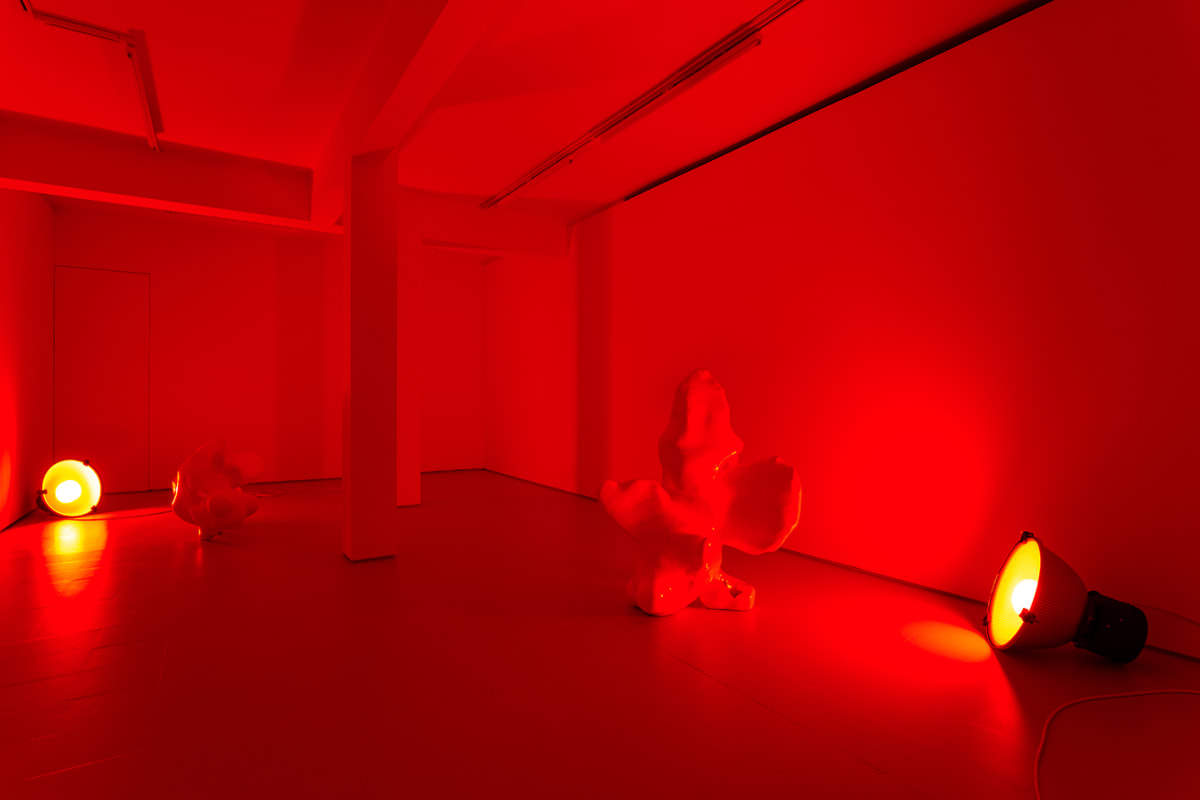 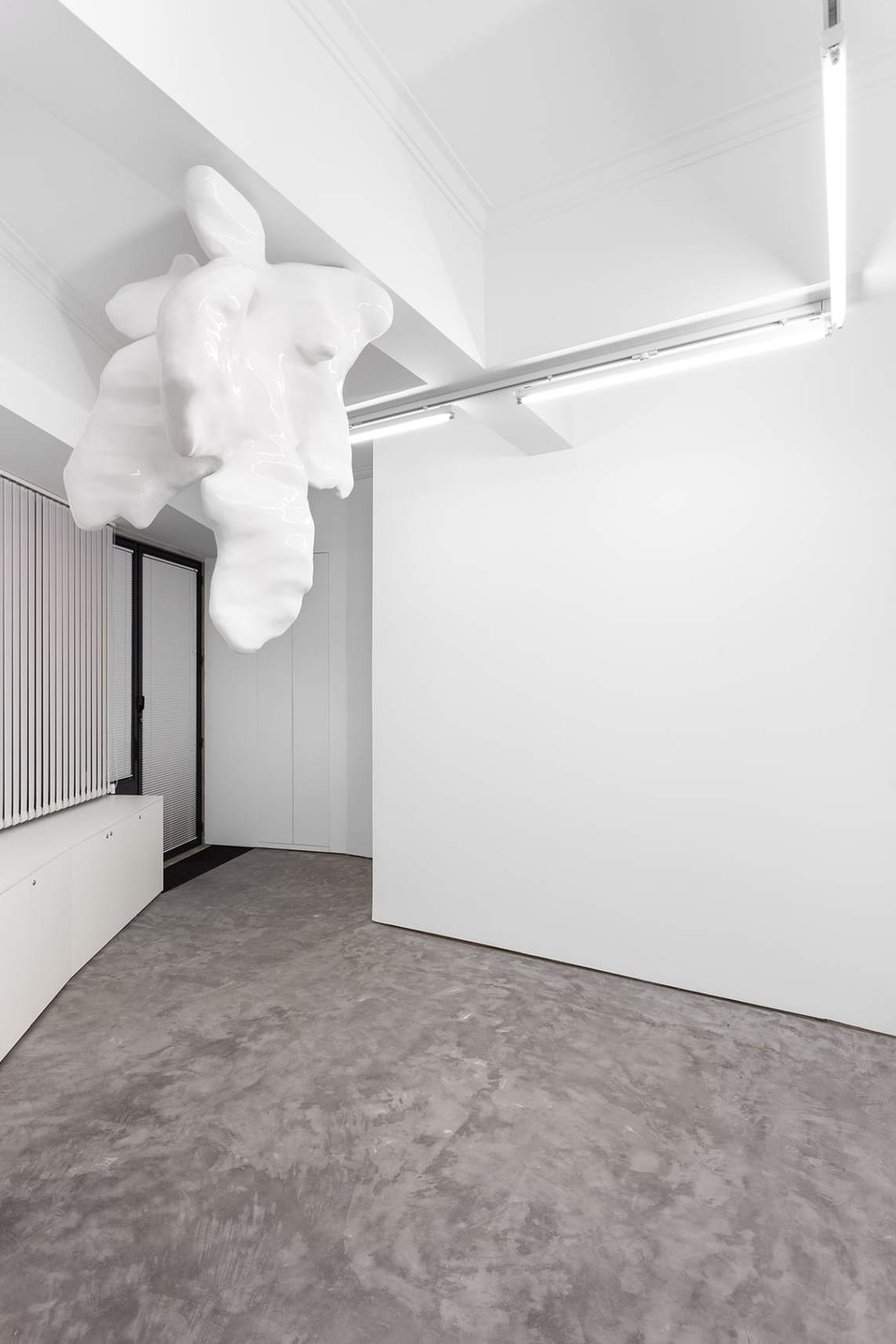 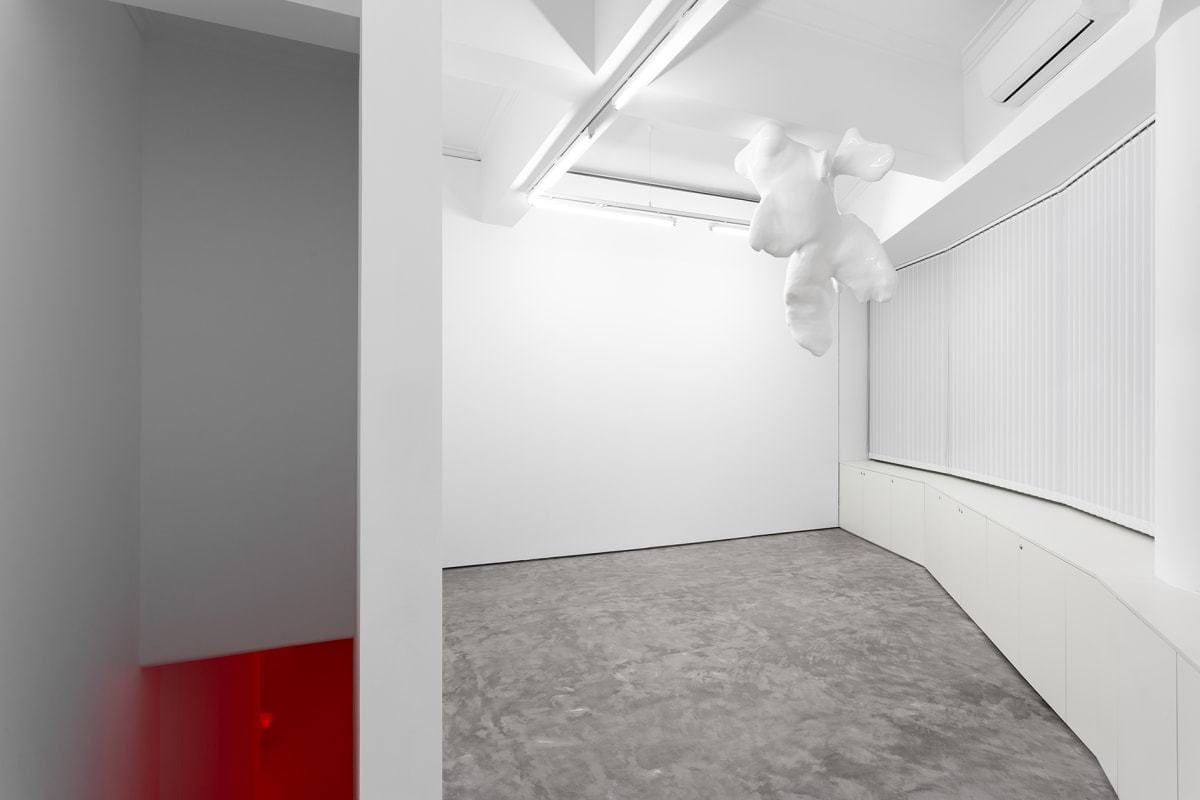 Carlos Arteiro has his first solo exhibition at NO.NO, after having already taken part in other projects of the gallery, such as the group shows Not an Island I and II. This time, he presents Investigações de um peixe dourado, from March 6 to May 29, with text by David Silva Revés.

NO.NO’s bet for the post-lockdown reopening presents us the story of a fish that changed colour, its complexion ceased to be black and became golden. The fish embodies transformation, mutability and change in life, which the artist portrays in three moments, in three sculptures.

The rare metamorphosis of the fish happens because they define which layer stands out – fish of this species are born with four layers that may or may not change throughout the animal’s life: an iridescent layer, a black one, another that is yellow and a final red layer. The nature of the fish displays its true colours, but this bold renewal leads the artist to focus on the innate changes of life. In the words of David Silva Revés, “by watching his fish modify itself, Carlos understood (e)affectively this enigmatic truth that, at bottom, is the development of life: changing, metamorphic, transducible – productive.” And, in this way, in an approach to destiny, the artist also added four layers to his sculpted fish: a layer of polyurethane structure, one with fibreglass, another made of resin and a final layer of white paint. This technique used by Arteiro could also be seen at the Serralves Foundation, when he was a finalist for the Novo Banco Revelation Award in 2018.

The gallery has become the habitat of the goldfish and we dive into the aquarium to find, on the entrance floor, the first fish (Peixe Dourado #1). It is suspended in a moment and the visitor feels the duality of the venue: an exhibition and experimental space. On the lower floor, there are two more fish or, in this case, two impressions of that same fish (Peixe dourado #2 e #3).

The exhibition’s motive is the responsibilities of a small living being and how it displays routines, responsibilities and, above all, reflects the reality of each visitor. The fish that changed colour lives in the artist’s studio in Vila do Conde and therefore forces the artist daily to feed it and clean its water. At first sight, an animal that seems to have few commitments ends up demanding a routine action, especially during a lockdown. If this were not so, the artist might not have visited the studio, the space where he thinks, creates and works. The fish imposed itself, forcing the artist to go to the studio, using the fish as justification, thus ensuring that he would work there day after day.

Beyond the aquarium glass, on both sides, the chemical composition is contrary to the space we occupy, water is typically reflective and purifying, as such we find in the fish the reflection of what we are. The artist and the fish establish a relationship of closeness and distance, of actor and spectator. But who is watching whom? Who is responsible for whom? The fish that inhabits Carlos Arteiro’s studio and demands daily visits is the trigger for the artist’s solo exhibition at NO.NO, but also the main tenant of the exhibition space.

The fish is a synonym of the causality of everyday rhythms: coming and going. It materialises life and its banal and routine tasks. The mutation of the fish also illustrates the metamorphisms in life. Beyond the lockdown, life continued, the seasons changed and the scales pigmented. This is the beauty of the exhibition: the certainty that there is the magic of renewal in the post-lockdown.

Concluded the Bachelors in International Relations with a minor in Communication Sciences at Universidade Nova de Lisboa and an MA in Art Markets Management at ISCTE. Has been involved with varied cultural projects such as AZAN, ProjetoMAP and REDE art agency. Assisted the production of the exhibition ProjetoMAP 2010-2020 Map or Exhibition at Museu Coleção Berardo and produced the exhibition I WILL TAKE THE RISK at AZAN. Was involved in the publication of the book ProjetoMAP Map of Portugal’s Artists and contributes for publications such as GQ Portugal.