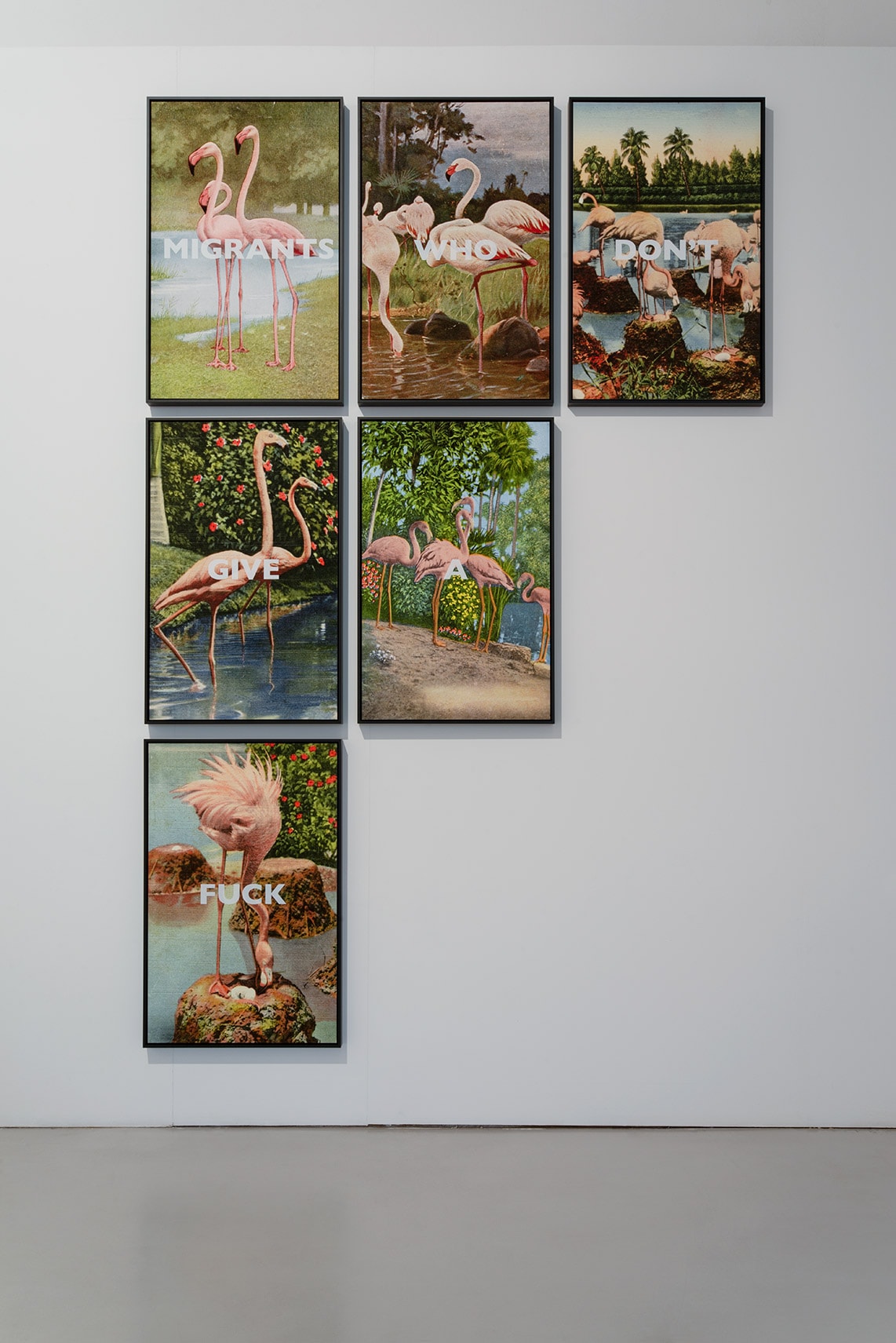 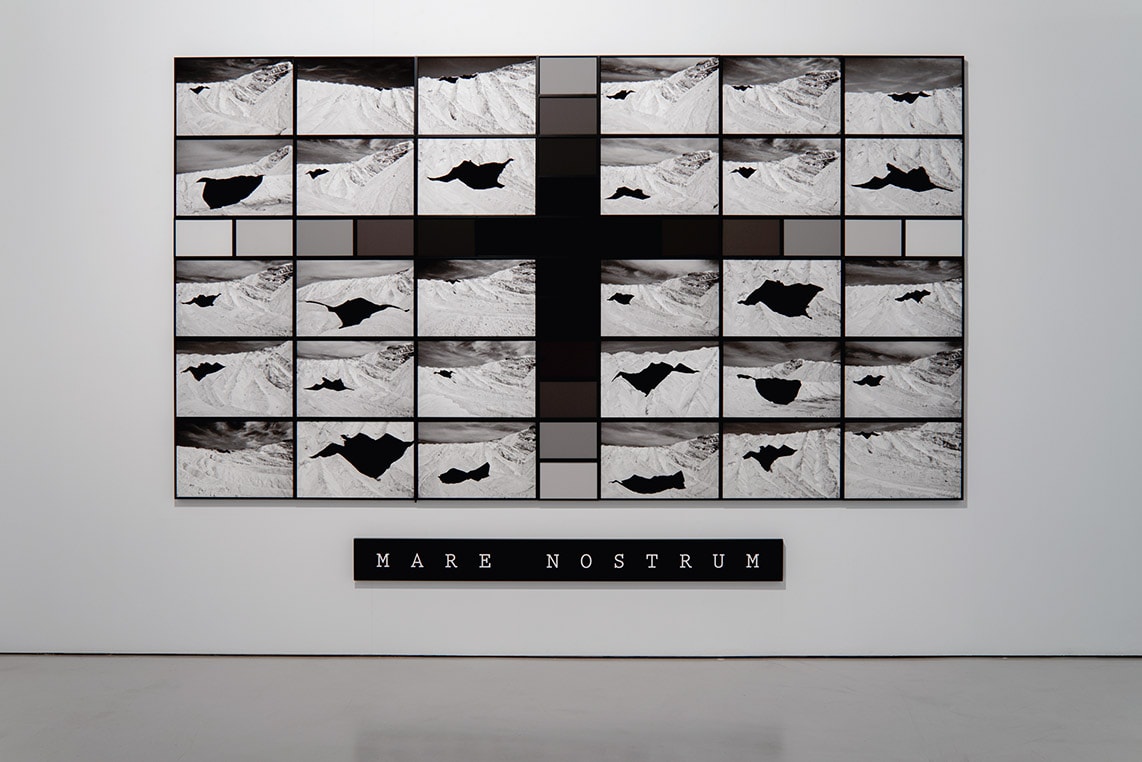 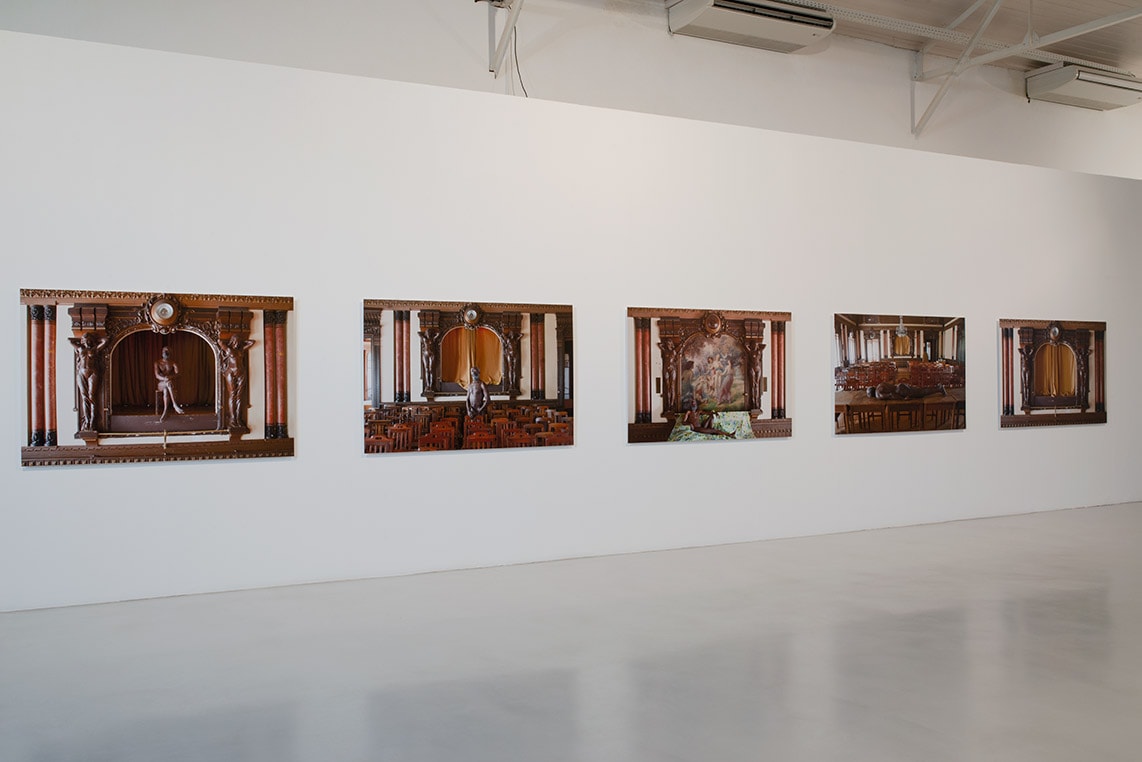 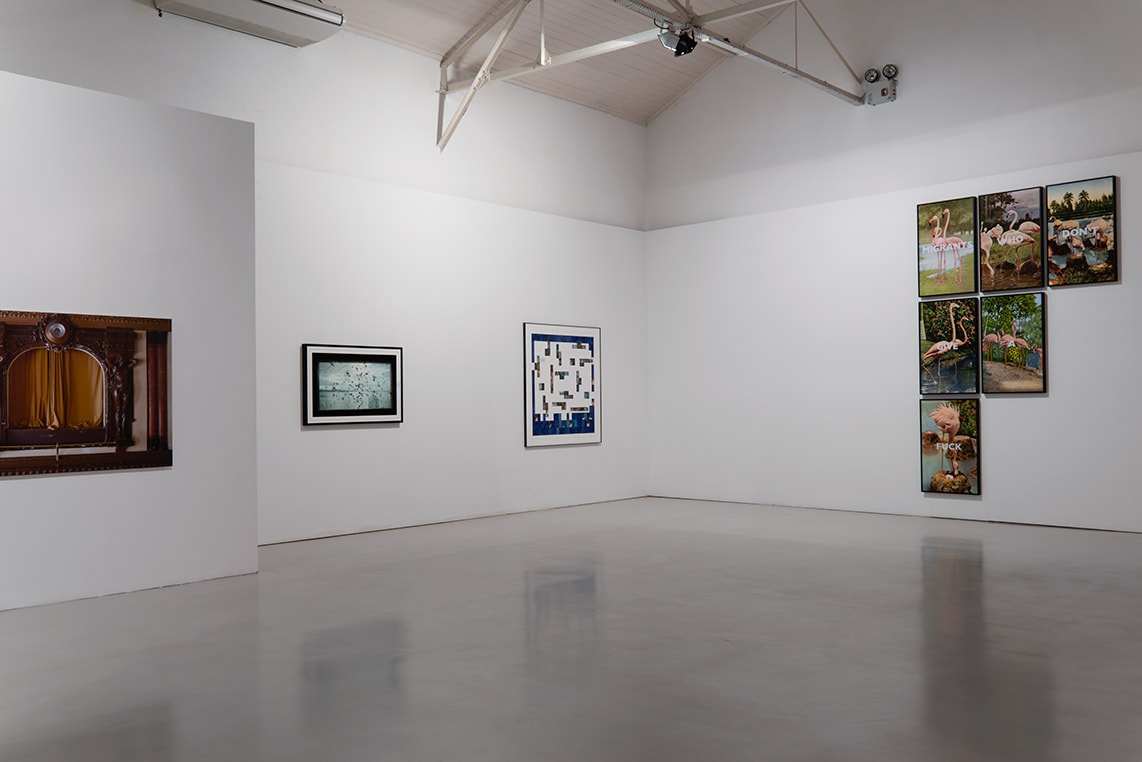 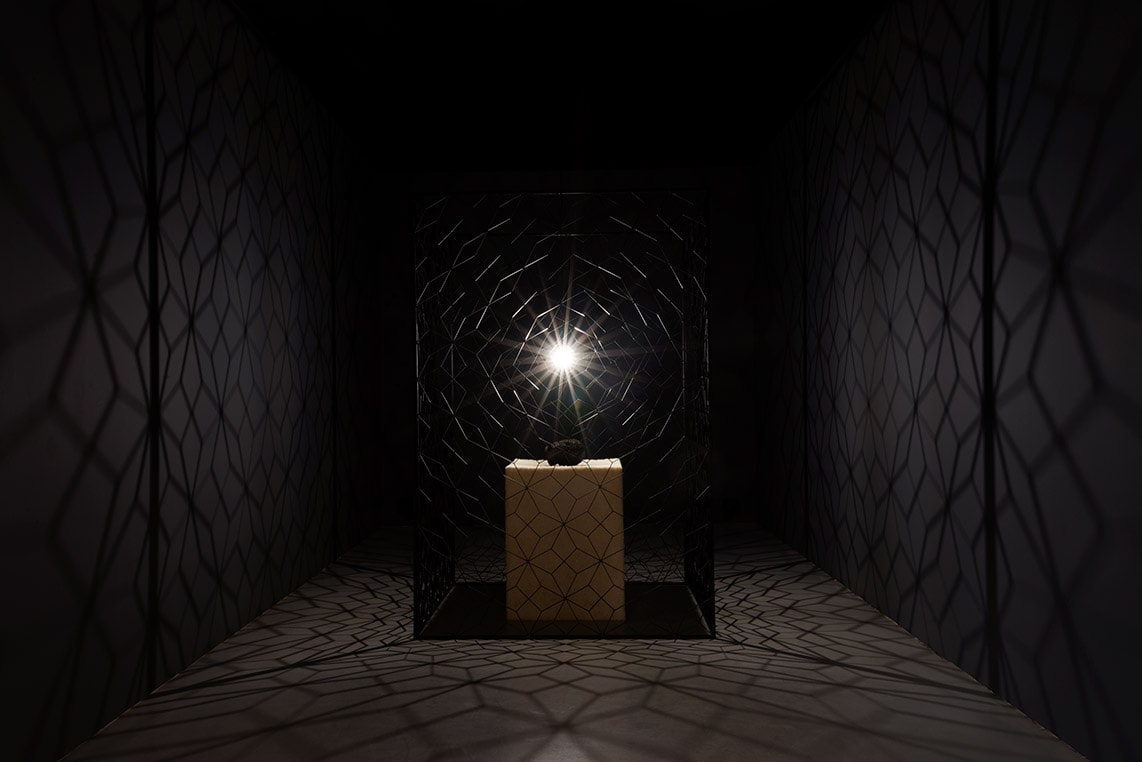 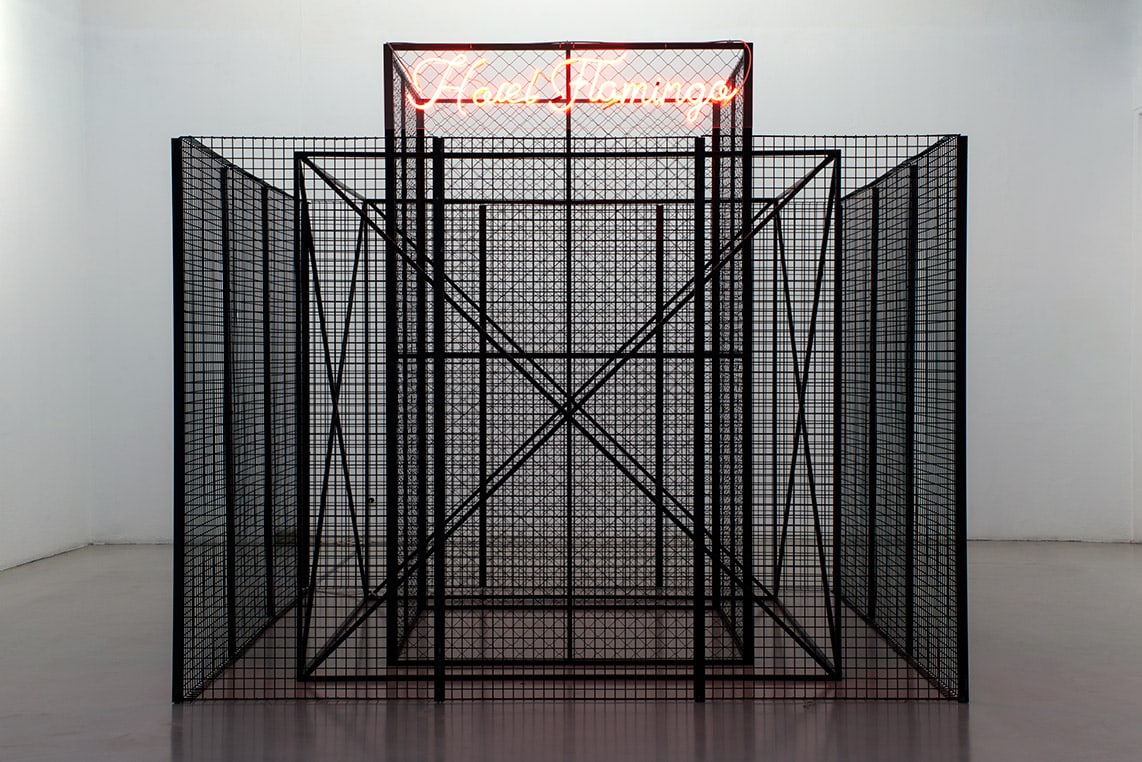 Something Happened on the Way to Heaven, by Kiluanji Kia Henda

The exhibition Something Happened on the Way to Heaven by Kiluanji Kia Henda, curated by Luigi Fassi, is at the Municipal Galleries | Avenida da Índia Gallery, Lisbon, until January 10, 2021. With different approaches – conceptual and formal – the Angolan artist explores the dialectics of the Mediterranean landscape, between paradise and social inequality, between tourism and the African migratory flow.

The first work, by the entrance of the gallery, A Balada Geométrica do Medo, presents nine black and white photographs. Idyllic landscapes of the Sardinian coasts are superimposed by a geometric structure, in a protective metal net. In each photograph, there is a different pattern. But the effect is the same: a feeling of detachment – the paradisiacal images seem inaccessible.  The geometric pattern fits into the work right next to it, Relicáriod de Um Sonho Naufragado. In a room with black walls, we find an installation composed of a salt plinth, a bronze head and an iron structure surrounding the other two elements. The lighting creates an optical effect, reflecting the iron geometric structure in the surrounding walls. We feel ourselves in a mourning ritual. And we really are. The introductory text clarifies that the work is a reference to “the traumatic fate of many African women and men who were shipwrecked and killed on the sea crossings to Europe”. The bronze head reproduces the face of Orlando Sérgio, an Angolan and first black immigrant actor to play Othello (Shakespeare) in a Portuguese theatre. The reference to Othello appears in another work of the artist: A Sina de Otelo (Act. I, II, III, IV and V). In five framed photographs, where we see a naked black man in a classic Lisbon palace setting, the artist questions the moral associations between good and evil and the black and white races. In an ironic fiction, questions are raised about the spectator’s expectations and the canons of Western art.

Mare Nostrum, another photographic work by Kiluanji, portrays the saltmarshes of Arles, on the French Riviera of Provence. In the thirty black and white photographs, the artist adds black elements to the modulations of the saltmarshes. Enigmatic at first sight, the ghostly figures contrast with the crystalline white of the saltmarshes. The viewer eventually associates the images with a tragic situation. Kiluanji’s intention is revealed by the title printed below the images. In Latin, mare nostrum alludes to the name given by the Roman Empire to the Mediterranean Sea – our sea. Once again, the artist recalls the question of migration and the dangerous crossings in the Mediterranean towards Europe, which often cause missing people and deaths.

On the gallery’s last wall, we can read: “Migrants who don’t give a fuck”. The blank words accompany images of old postcards with flamingos and create a composition of six photographs. The flamingos, nomadic animals, symbolize migration as a free and universal phenomenon. The work presents ironically and provocatively the contrast between the animal kingdom and the forms of territorial domination of man. Besides the photographs, we find a large-scale installation consisting of iron railings and a neon sign, where we read “Hotel Flamingo”. The railings form a prison, contrary to the idea of a hotel evoked by the words in neon.

The work O Manto da Apresentação (Segundo Arthur Bispo de Rosário) is a different element from the other works on display. In contrast to the geometric patterns of the metal railings of the two installations, or the photographs with graphic interventions, the materiality of the cloak evokes the body. Whether the person who manually produced the small details in wool and the beads or the body that would wear the cloak. The work is based on the “black sheep” cliché, questioning the black colour as a racial stereotype of an unwanted presence.

Kiluanji Kia Henda’s solo exhibition critically explores the disagreement between the paradisiacal beauty of the nature of the Mediterranean coast and its legacy as a territory of blockade and conflict. The artist presents a conceptually instigating and materially sensitive work.

Maíra Botelho (1991, Brazil) has a multidisciplinary education within the fields of visual communication, arts, philosophy and performance. She worked as a graphic designer in Brazil after graduating at PUC-MG, having also studied arts at Escola Guignard – UEMG and at Faculdade de Belas Artes da Universidade de Lisboa. She recently finished a Post-graduation in Aesthetics – Philosophy at Nova Universidade de Lisboa. 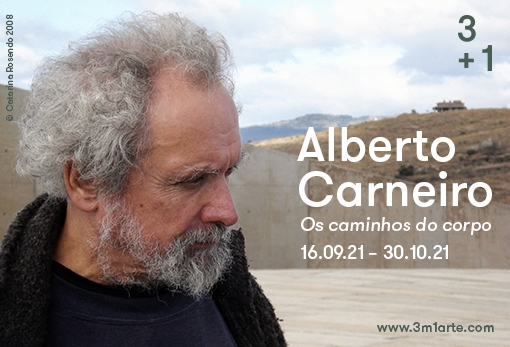 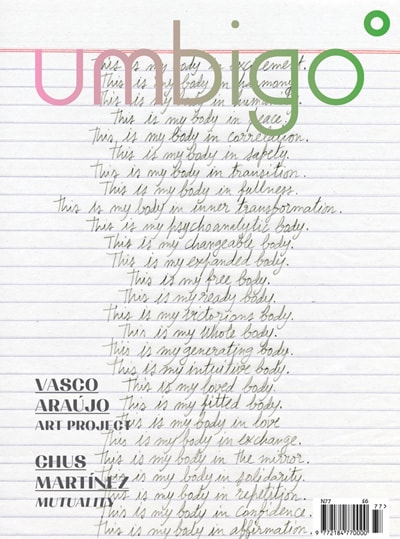 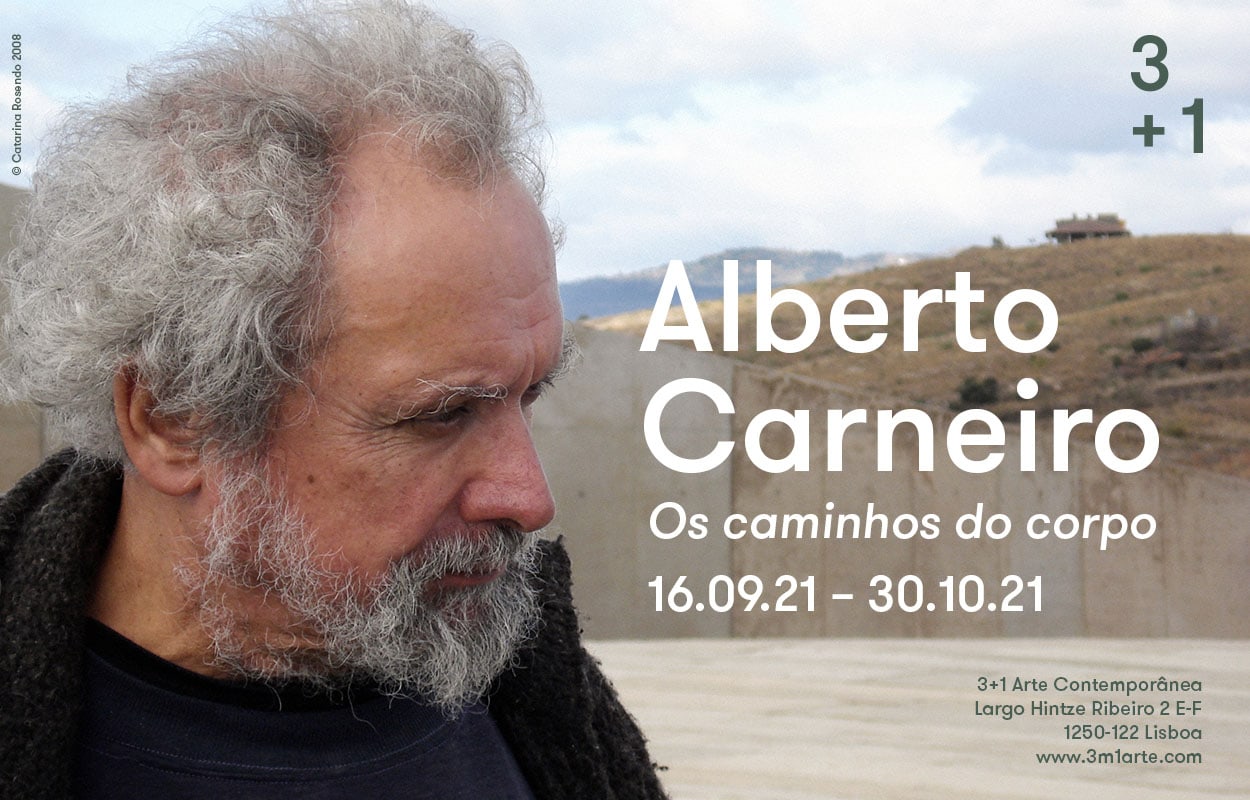