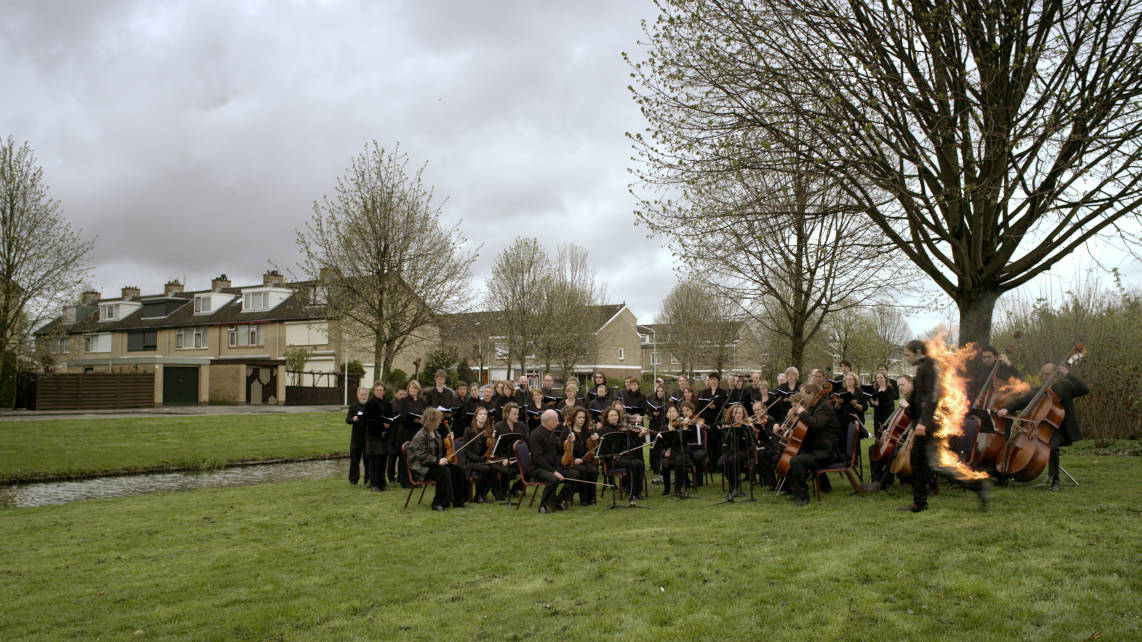 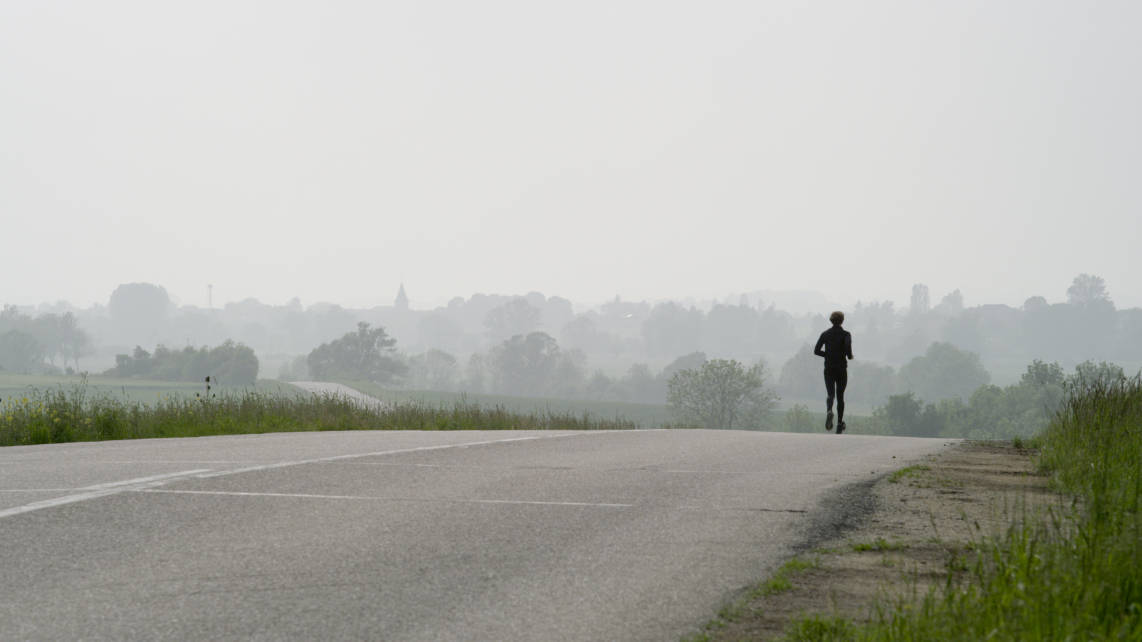 The Dutch artist’s career is unique. He began studying piano at the conservatory and gave up after just under a year. Then he studied classical archaeology, Russian and industrial design, until he entered the Gerrit Rietveld Academie in Amsterdam, where he experienced different artistic areas. Performance was what attracted him more, despite the dissatisfaction he felt with most of the visual arts when compared to music. “All visual arts aspire to be like music”, he said.

However, his presence in front of the audience during performative endeavours caused him great discomfort. He chose to explore video; in his opinion, the combination of music and moving images would have an impact similar to that caused by music.

Nummer twee, just because I’m standing here, doesn’t mean I want to (2003) is the final exercise of his studies at the Gerrit Rietveld Academie. Through it, the artist entered the international art circuit. The video channels the emotions and frustrations experienced at the end of the course, preceding the uncertainty of the future.

The narrative takes place on the street where Guido van der Werve grew up. The artist faces the camera as he walks backward until he is run over by a car. Next to his body lying on the ground, we see a police car, from which five dancers leave and start dancing at Corelli’s Christmas Concerto.

Nummer veertien, home (2012) is a tribute to Frederique Chopin, the romantic composer who Guido van der Werve considers to be a reference of his. Chopin was born in Poland in 1810, the son of a Polish mother and a French father. At the age of 20, he moved to Paris, taking with him a piece of land from his hometown. The composer died in Paris at the age of 38, without ever having returned to Poland. “I don’t feel the pain anymore” were his last words.

After the ceremony at the La Madeleine church in Paris, where Mozart’s Requiem was heard, his body was buried in Père Lachaise. Fulfilling his wishes, his sister took his heart back to Poland, where it was deposited inside a pillar of the Holy Cross Church in Warsaw. From that day on, Chopin’s body and heart are 1.703.85 km apart, seven and a half times the distance of the Ironman triathlon race.

Guido Van der Werve composed a requiem for Nummer veertien, home (2012), which follows the triathlon route that he describes from Warsaw to Paris. The artist travels 1000 miles with a piece of land from Chopin’s country of origin to his tomb in Paris, in a reversal of the journey made by the musician’s heart after his death. The tribute to Chopin is combined with two other narratives: the story of Alexander the Great and the artist’s own childhood. The three protagonists left their places of origin very early, without ever returning.

Both works approach the concept of home, revealing the artist’s mental state, which is tainted by a feeling of exile in relation to home itself. Melancholy and existentialism are mingled with the absurd and the body is led to exhaustion. Guido Van der Werve’s work is marked by the use of his own body at its very edge and by the existence of many autobiographical aspects.

Monitor revealed that the almost fatal accident that the artist suffered about two years ago motivated the work that he is currently developing: a feature-length film with about 1h30/2h of duration.

Guido Van der Werve’s works can be seen at the Monitor gallery, in Lisbon, until 2 November.

Nós by Maja Escher and Sérgio Carronha at Monitor 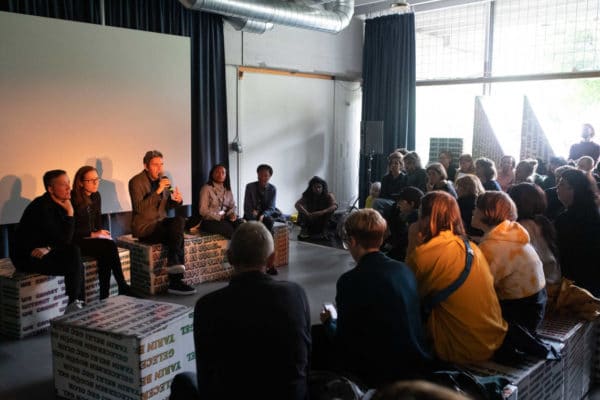 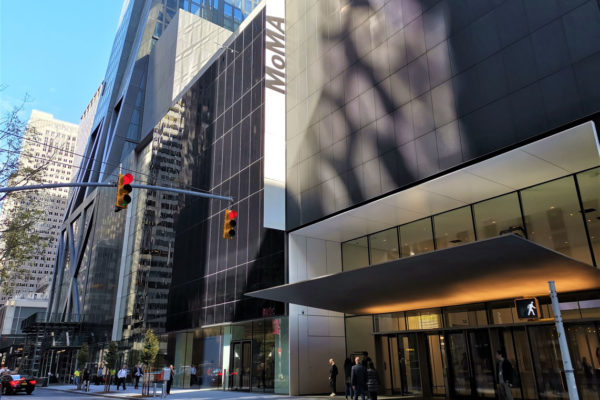 Joana Duarte (Lisbon, 1988), architect and curator, lives and works in Lisbon. She concluded her master in architecture at Faculdade de Arquitectura of Universidade de Lisboa in 2011, she attended the Technical University of Eindhoven in the Netherlands and did her professional internship in Shanghai, China. She collaborated with several national and international architects and artists developing a practice between architecture and art. In 2018 she founds her own studio, concludes the postgraduate degree in curatorial studies at Faculdade de Ciências Sociais e Humanas of Universidade Nova de Lisboa and starts collaborating with Umbigo magazine.