The New Art Fest is an extremely recent art fest that has already managed to fuel contemporary art in Portugal and establish itself a legitimate project, capable of serving an audience that is interested to witness how art and technology are intertwined.

The 2017 edition has Antonio Cerveiro Pinto as its artistic director and extended its scope of exhibition, with a diversified programming, and being expanded to Montemor-o-Novo. Lisboa Cidade Aberta was the main exhibition, held at Museum Nacional de História Natural e da Ciência (MUHNAC) and marked the interdisciplinarity and collaborative acts as practices of contemporary art.

2018 will have brand new events, exhibitions and talks, but, before that, let’s review the past edition with Teresa Boieiro, one of the organizers who, alongside Luísa Moreira, leads Ocupart | Art in unexpected places.

José Pardal Pina – Considering the initial expectations, what is your review of the festival? What moments deserve to be highlighted?

Teresa Boieiro and António Cerveira Pinto – The 2017 edition of The New Art Fest registered an enthusiastic response of the participant artists and an important and diversified turnout, which surpassed our expectations and one that translates the interest prompted by the programme. I must emphasize that the Festival was produced with dramatic budget limitations and without any public and institutional support, which is somehow surprising when we establish a comparison between the newness of this event and the inertia shown by those who are systematically supported. The brand was able to clearly affirm itself in just two editions, something attested by the positive reception of the media.

The Festival had its main focus on the exhibition Lisboa Cidade Aberta, at the Stall of MUHNAC, which beyond an exhibition was also a space to think about the deep, technological transformation of cities, propelled by the massive development of information, representation and computational technologies. In addition to the exhibition of 39 works and 34 artists, the Festival also included debates, conferences, workshops, performances and a special attention was given to collectives and platforms of art and technologies.

The presentation of Bebot, painting robots of Leonel Moura, next to the Talk Robot stage at Web Summit, had a huge success, being visited by thousands of people, interested in witnessing how art and technology can be mingled. Some of those then visited the exhibition Lisboa Cidade Aberta, at Museu de História Natural e da Ciência. At Web Summit, the participation of the artist Maria Lopes in the panel Culture, art and spirituality in a digital age was also one of the festival’s highlights.

JPP – What are the final numbers gathered from exhibitions, educational activities and the several conferences?

TB and ACP – Regarding the exhibition Lisboa Cidade Aberta, conducted at Picadeiro of the MUNHAC, we initially thought that the Museum’s entrance fee would tarnish the exhibition with a deterrent effect, in a city that is currently experiencing a “frenzy” with cultural events, many of them free of charge. Having about 2000 visitors surpassed our expectations.

When it comes to the parallel events, we had about 670 participants, split into debates, conferences, workshops, performances and music shows, visits to Oficinas do Convento and a psychogeographic tour.

The Web Summit is hard to measure, but we certainly had thousands of people visiting the spot of the Festival with Leonel Moura’s painting robots and more than two hundred seated people watching the panel Culture, art and spirituality in a digital age

TB and ACP – Right from start, the festival settled its perimeter of action based on an epicenter located in Chiado, then expanding itself to the south (Cais do Sodré, Rua de São Paulo), north (Príncipe Real, Escola Politécnica), east (Rua Garret, Carmo) and west (Largo do Camões…). After having chosen the territory, the whole array of cultural and artistic institutions, public or private, found in it are potential partners of ours.

The collaboration with MUHNAC was our top pick, perhaps due to its recent history, where we must underline the role that the now extinct Sala do Veado had in promoting so many young and non-young artists. But also due to the museum’s scientific predisposition, a place not only limited to exhibitions, but mainly devoted to research and to the maintenance of such a high and amazing number of samples of the mineral, botanical and animal worlds. Since The New Art Fest aims to establish an interdisciplinary and active relationship with technologies and with the scientific knowledge, there is nothing more natural than the ambition to have a fruitful and extensive partnership with this museum.

JPP – Do you consider that digital art has been registering a regular representativeness in Portuguese contemporary art? It appears that this attention for exhibitions that rely on intricate subjects, like software, hardware, programming, etc., is a recent phenomenon in Portugal.

TB and ACP – The experimental artistic trends are ‘old’, even in Portugal. We just need to remind ourselves of Amadeo de Sousa-Cardoso, Almada Negreiros, René Bértholo, Jorge Peixinho, Constança Capdeville, Ernesto de Melo e Castro, Pedro Andrade, Silvestre Pestana, etc. Nevertheless, they were seldom consistent and long-standing, something that was partially justified by the country’s isolation in many decades of the 20th century. But also, and one has to say it, due to a lack of courage or acknowledgement shown by our main cultural institutions, with Fundação Calouste Gulbenkian being the natural exception to the rule.

About the last twenty-three years (1994-2017), the era that witnessed the global unfurling of a pure, massified computational and technological revolution, in the realms of information, communication and audiovisual culture, the truth is that we have been registering a somehow concerning asynchrony between the computer-based artistic creation (digital) and the inertia of the so-called ‘contemporary art’, in which there is an abundance of elitist and speculative mannerisms.

In that regard, The New Art Fest clearly unlocks a theoretical and experimental gap. Theoretical and critical when it comes to making a reflection about the new means; experimental in the use and abuse of new languages, where the intensive use of computational tools, and the learning/use of binary languages, are obvious examples that cannot be swept under the rug.

JPP – Establishing a comparison with the 2016 edition, what enhacements have taken place in this last edition, and what things have you learned to use in the future of this festival? Can we already confirm the 2018 edition?

TB and ACP – The first two editions (2016, 2017) and, probably, the present year’s, pave a learning path. We don’t want to do yet another festival, or just another exhibition, but to establish the cornerstones of a true Festival of New Art, filled with ideas, diversity, sagaciousness and community involvement.

The experience conducted this year with an elementary school and an institution that supports patients with Asperger’s Syndrome to produce a work of art (O Campo da Consciência, of Maria Lopes) was immensely rewarding for us, for the children and for the families that followed the whole experience.

On the other side of the cognitive possibilities ambitioned for this festival was the participation of The New Art Fest in the Web Summit. The robots of Leonel Moura were a hit, specially because they allowed a great proximity between the ‘techies’ and an innovative artist. But, even more impressing, was to see two hundred seated people listening to a panel (Cultural and art in a digital age), devoted to the ever-growing relationships between art and technology, while, at the same time, the interventions of Zoe Martin, Maria Lopes and Crimson Rose reached through ‘streaming’, and then via YouTube, thousands of internauts.

JPP – This year the festival expanded itself to Montemor-o-Novo. How did idea come about and what was the intent behind it?

TB and ACP – Among the ideas launched in the 2017 edition we have: Maker Art (a Maker Fair dedicated to the artistic creation), the establishment of a map of supernovas, of artist collectives that live and work outside the city, with which events and platforms for future collaborations are organized; and also the organization of psychogeographic tours in Lisbon.

The tour to Oficinas do Convento was an exhilarating experience, which we naturally want to repeat and turn into something more structured and long-standing.

JPP – Are you considering, in the future, to do a virtual exhibition, online, which matches the name of the festival?

TB and ACP – A considerable part of the 2018 edition will be precisely centered in a virtual exhibition or, as we prefer to say, in an exhibition that is, in its essence, an emerging property of the databases where, nowadays, thousands of works meet each other.

Another new feature of the festival that will begin on November 2 of 2018 is called House of Thoughts. The idea derived from the multiple mental storms that happened during the 2017 edition. Essentially, its aim is to promote seminars of one, two or three days, on advanced subjects of post-contemporary theory and artistic praxis. Some kind of philosophic banquet, where one can cook, eat, drink and discuss ideas, seriously arranged for that purpose.

Wait in Line by Ian Tweedy, at Galeria Monitor 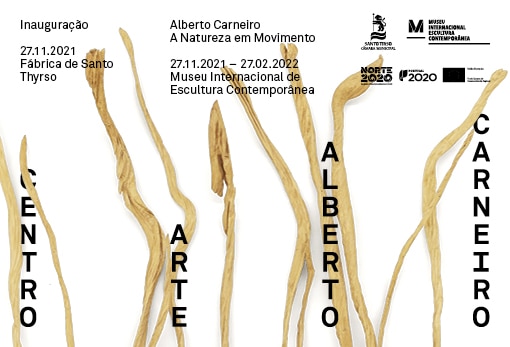 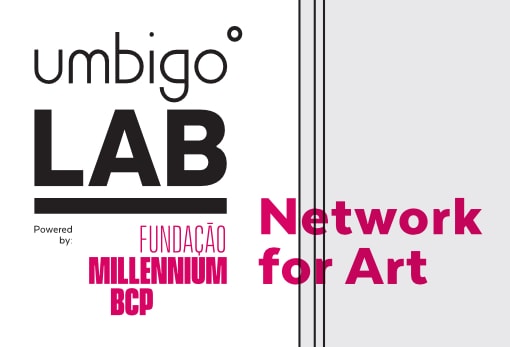